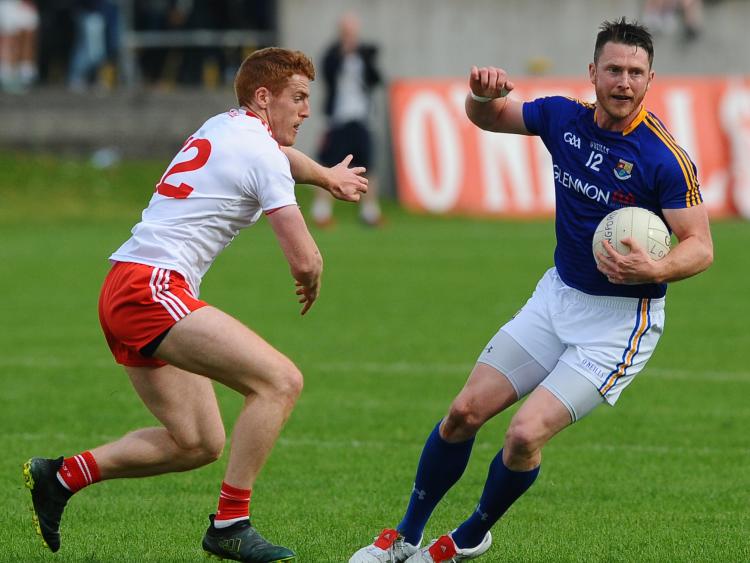 The move towards a Tier 2 All-Ireland senior football championship for 2020 took a giant step closer to becoming reality today.

The GAA's Ard Chomhairle has this morning unanimously agreed to send forward two separate proposals on the formation of a Tier 2 All-Ireland senior football championship out to the wider membership for discussion.

Just earlier this week, Longford's Mickey Quinn spoke publicly about the need for a tiered championship.

"Guys probably are at the stage where they are like: ‘why set yourself up for that failure as such', rather than: ‘I want to compete against the best.’”

Longford's Mickey Quinn has been talking about the need for a tiered Championship.

A decision on the proposals will be taken at a Special Congress which will be staged at Páirc Uí Chaoimh on October 19, with a view to implementation in time for the 2020 Championship summer.

Proposal A will feature the Provincial Championships as present with the current four rounds of All-Ireland Qualifiers reducing to two rounds and open to teams from Allianz Divisions 1 and 2 and any Allianz Division 3 and 4 teams who qualify for their Provincial Finals.

The Tier 2 Championship format of Proposal A is a straight knock out competition for 16 teams from across Divisions 3 and 4 that do not make their Provincial Finals.

There is the possibility for the competition to be organised on a geographical basis – northern and southern conferences for first round ties, quarter-finals and semi-finals to ensure less travel for teams and supporters, while also retaining local rivalries.

The semi-finals would be the only senior inter-county GAA events on their respective weekend – barring a major replay.

Proposal B which has gone forward for discussion is similar to the above and also features Division 3 and 4 teams that do not reach a Provincial Final entering a new Tier 2 championship.

A key difference is that in the event that a Division 3 or 4 team do reach a Provincial Final, to make up 16 teams in Tier 2 their place in Tier 2 would be taken by the lowest ranked Division 2 team from that year’s Allianz league.

The format for the Tier 2 Championship in Proposal B features an initial round of games which then creates a winners’ group and a losers’ group and so offers beaten counties a way of playing their way back into contention.

Proposal B would be played out on the following lines:

An additional prize for the winner of the final under both proposals would be a place reserved in the following year’s All-Ireland Sam Maguire Championship, irrespective of their league position.

It is also envisaged that both proposals would have dedicated broadcast coverage and a marketing and promotional campaign with a dedicated All-Star selection and tour.

The finals under both proposals would take place at Croke Park.

The proposals will now be sent to counties for discussion with a final wording on the proposals to be agreed at a meeting of Ard Chomhairle in September.

AIB Club Finals
In another development, Ard Chomhairle also decided to condense the schedule for the AIB All-Ireland club senior championships and has agreed to move the senior finals next year from March 17 to a new date in January.

The move is part of an overall commitment to condense the fixture calendar, create opportunities for club activity and would also allow counties in the Allianz Leagues to access players who were previously unavailable because they were playing in All-Ireland senior club semi-finals and finals.