Fancy yourself as a soccer expert? Well here's your chance to win €1,000 in The Big World Cup Quiz 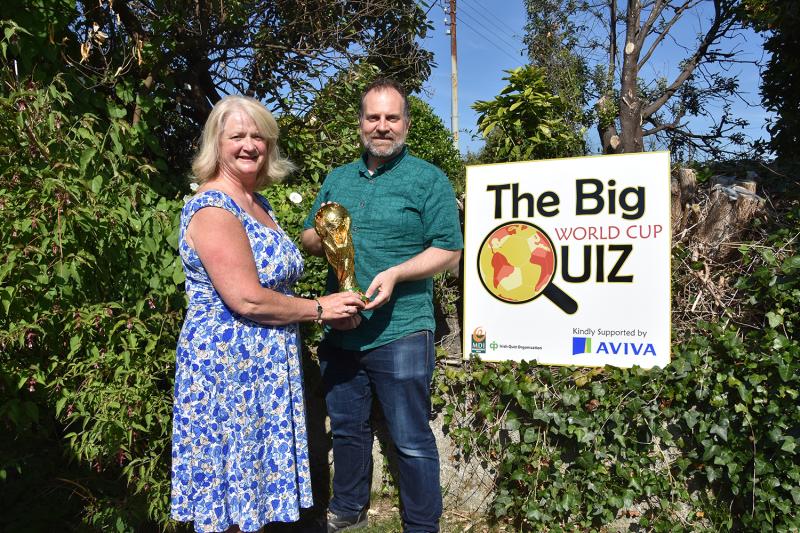 The Big World Cup Quiz will run on Sunday, July 15 from 12 noon – the same day as the FIFA World Cup Final which will be screened live in President's Suite of the AVIVA Stadium

As the drama of the FIFA World Cup ramps up a gear this weekend, the Irish Quiz Organisation (IQO) and Muscular Dystrophy Ireland (MDI) have launched a new Summer football event – The Big World Cup Quiz.

Kindly supported by AVIVA, and taking place at the AVIVA Stadium, the Big World Cup Quiz is giving teams of up to five people test their World Cup and Football knowledge for the chance to win a €1,000 Grand Prize.

The Big World Cup Quiz will run on Sunday, July 15 from 12 noon – the same day as the FIFA World Cup Final which will be screened live in President's Suite of the AVIVA Stadium with a match day bar and food available for the teams taking part.

The event hopes to raise up to €15,000 for Muscular Dystrophy Ireland. MDI CEO Elaine McDonnell spoke about her excitement for the World Cup Quiz and its potential impact on MDI Support Services:

"We are so excited to be able to hold an event like this at the AVIVA Stadium, on the day of the World Cup Final, and to create a really great day out for all those football fans and quiz fans alike who want to be part of the experience. We are delighted to be able to work with the IQO again following the success of The Big Ireland Quiz last year, and with AVIVA's support we want to make this a memorable event for everyone involved.

I really hope that with a successful event, we will be able to raise the funds that are essential to supporting our services and making a real difference to the lives of people with muscular dystrophy across the country."

Dan O'Malley from The Irish Quiz Organisation thinks this is the event football fans have been waiting on for years.

"When the World Cup kicks off, so many people become armchair pundits who know exactly who's going to win and why, debating facts and figures, and remembering their favourite moments from past tournaments. This event is a great chance for football fans to show everyone what they know and test themselves against their mates or rival teams from the local league.

It's all a bit a fun, but there's serious pride and prizes to be won here. Not many football quizzes, or quizzes in general for that matter, can offer a €1,000 prize to the winners! That teams have the chance to lift their very own World Cup Trophy, in the AVIVA Stadium, while watching the Final live – will be even more of a thrill I'm sure."