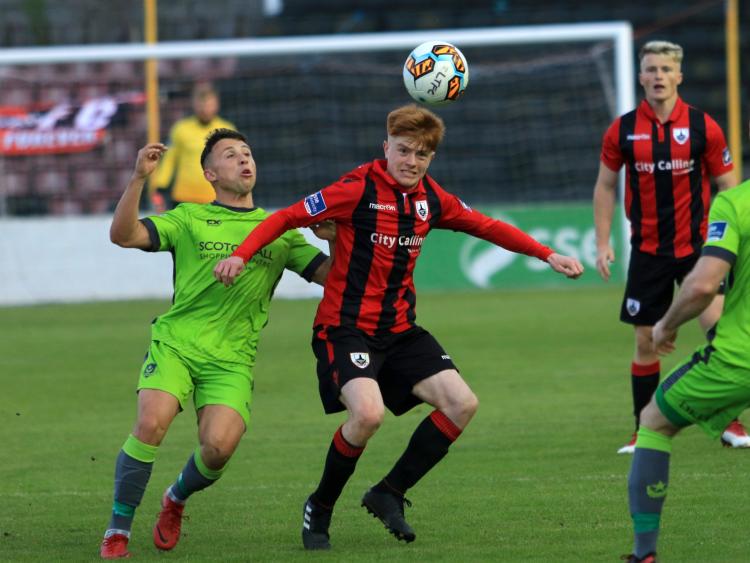 Longford Town's Aodh Dervin gets his header away against Drogheda United at City Calling Stadium on Friday night. Photo by Syl Healy

Longford Town bounced back from their defeat away to Cabinteely to pick up all three points at home to Drogheda Utd on Friday and move up to fourth in the table as the league takes its mid-season break.

Town manager Neale Fenn was not only delighted to get the win but the fact it has moved his side back into the play-off places.

“We are obviously delighted. That puts us back into the play-off positions; two points off second I think and eight points off the top with 10 to play. All to play for and we are delighted that the boys put in such a shift,” said Fenn.

Sam Verdon got the only goal of the game in the 27th minute when he headed home Dylan McGlade’s free kick.