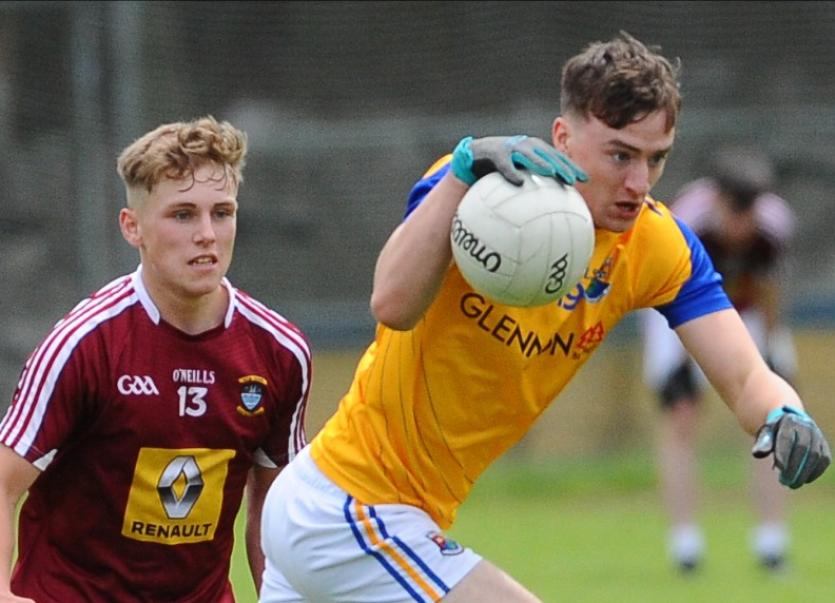 Longford sub Cian McElligott gets away from Westmeath's Tom Molloy in the Eirgrid Leinster U-20 Football Championship at Glennon Brothers Pearse Park on Saturday. Photo by Declan Gilmore

Longford fell to their third defeat in consecutive group games and exited the Eirgrid Leinster U-20 football championship on Saturday afternoon at Glennon Brothers Pearse Park as Westmeath advanced to the quarter-finals with six points to spare, 1-16 to 1-10, over their neighbours.

Westmeath were sharper in attack and took their scores. They were twice ahead by six points in the second half and Tom Molloy added a goal in the 50th minute to stretch their lead to nine points, 1-15 to 0-9.

Also read: Longford have home advantage for the clash against Kildare in the All-Ireland qualifiers

Longford ended the game well with a goal from substitute Ruairi Harkin - who togged out just days after his grandfather Michael died. Rory Hawkins, his Colmcille team-mate, added a late point to Longford’s tally. 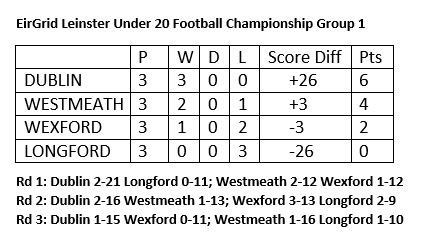