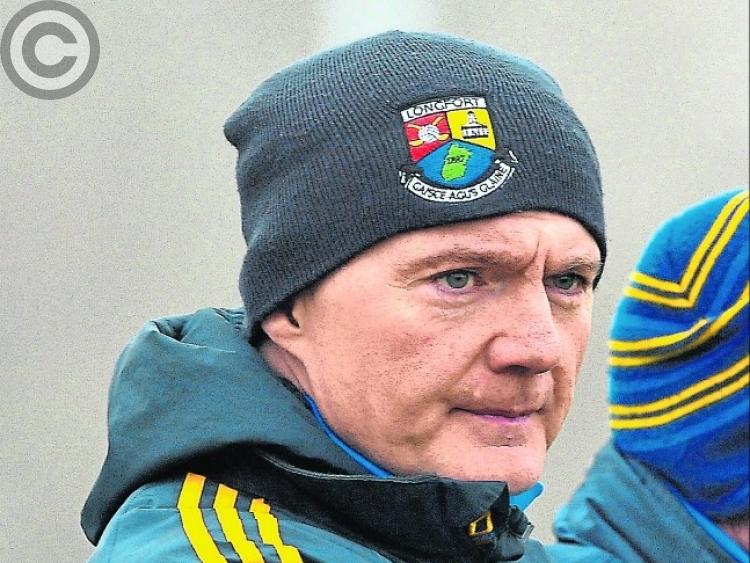 Frank McNamee, the manager of the Longford junior football squad.

A fine Meath performance saw them advance to the Leinster Junior Football Championship Final at the expense of Longford who started slowly and the concession of two first half goals left them chasing the game.

Meath were sharper than Longford and opened them up on several occasions in this most entertaining high scoring semi-final clash at Pairc Tailteann, Navan on Tuesday evening.

Frank McNamee’s side scored a goal in the early stages of the game when Killian Farrell was on target from a tight angle but Meath gained control and ended up in a comfortable 2-13 to 1-8 lead at the break with Luke Martyn and Peter O’Connell scoring the goals.

Longford, making a few changes, tried hard to get back into contention in the second half and were given a glimmer of hope when one of the substitutes Shane Kenny fisted the ball to the net in the 38th minute after connecting with a centre from Mark Hughes who tormented the Meath defence throughout the game.

The gap was closed to just four points by the 55th minute but Meath continued to keep the scoreboard ticking over to make sure of their place in the provincial final against Kildare in the curtain-raiser to the Leinster SFC title decider between Dublin and Laois at Croke Park on Sunday June 24.