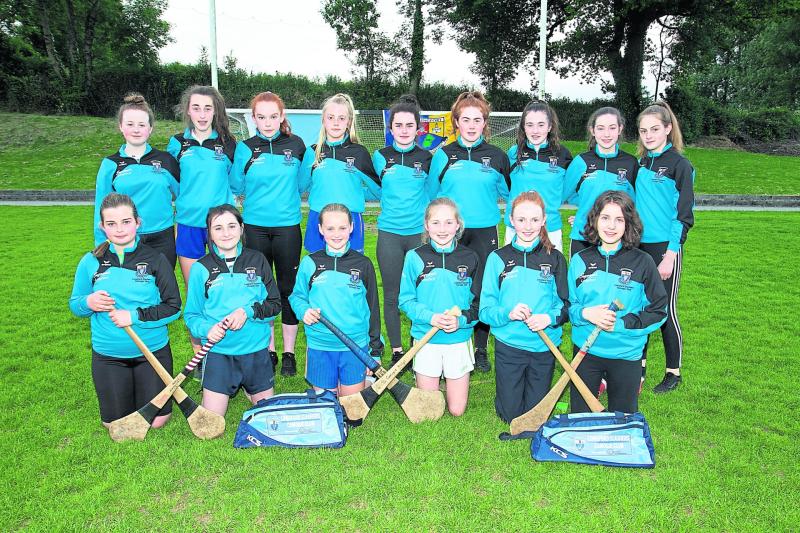 2018 marks a significant milestone for Longford Slashers camogie club as it is celebrating ten years in existence and this weekend, for the first time, they participate in the John West Féile na nGael All-Ireland Festival as a host club.

“We are really looking forward to welcoming St Eunan’s of Letterkenny to Longford for the Féile,” explained Pauline Gray, who has been one of the driving forces behind Slashers camogie club since its foundation in 2008.

Instrumental in coaching and coordinating fixtures, Pauline, commended the work of Una Carrigy (née Boland) and Niall Ward for their enthusiasm with helping the club get off the ground in 2008. Eamonn Brennan (Stonepark NS), Frances and Peter Sheahan were also key figures.

Pauline, a native of Streete, recalled, “Initially, there were ten girls training twice a week but over the years this has grown considerably and we now have underage and adult teams affiliated.”

Slashers first represented Longford at Féile na nGael in 2010, where they participated in Division 4 and were hosted by Kilnamona of Clare. Dunderry (Meath) and Corofin (Clare) completed the teams in their section. Slashers have played in Féile every year since but unlike 2010 - ‘17, they are ‘at home’ this year.

On Friday, June 8, Slashers face Mattock Rangers (Louth) at 5.30pm and they take on Wolfe Tones at 6.15pm. While on Saturday, June 9, at 10am, they cross camáns with their hosts, St Eunan’s.

The Féile squad coaches are Paul O’Meara and Cóilín Regan and the club are also fortunate to have Karl Murray, Samantha McHale, Clodagh Kiely, Rebecca O'Kane, Maria Knox and Bronagh Gorham involved with the coaching and preparation of teams.

The club organised a number of fundraisers and embarked on a sponsorship drive in preparation for Féile and the club would like to thank everyone for their generous support and parents / guardians of players for agreeing to become host families for their visitors from St Eunan’s.