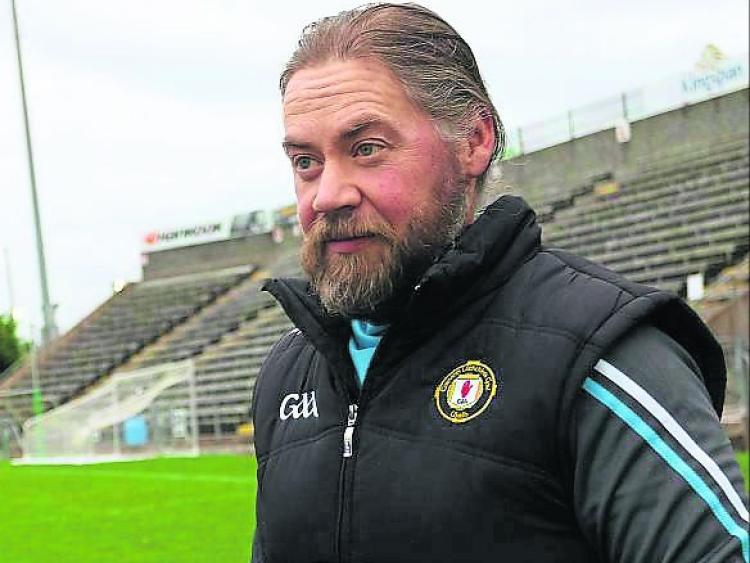 New Hurling Games Promotion Officer for Longford, Seamus Hughes, has spoken about his plans for the game in the county and what he hopes to achieve during his time as a promotion officer.

Cavan man Hughes was appointed in April and although the job is initially for six months he is trying to fit in as much as possible. He is currently visiting schools around the county promoting both hurling and camogie.

He said: “I want to put it out there that there is hurling here in Longford and opportunities for young people to play. I would like people to get involved with clubs or maybe new clubs will be started up. We do need to get more clubs going and more players playing.”

With just three senior hurling clubs in the county and only two of those fielding underage teams, Hughes wants to help those clubs as well as hopefully getting new clubs set up.

“I want to expand the game in the county. At the moment it’s about the three clubs in the centre of the county.

“Clonguish have a senior club there but I want to see an underage club back there. In the south of the county there had been hurling in Kenagh and Lanesboro in the past, those different areas. Maybe it can happen again.

“I am working in schools down there and I want to see somewhere where there is potential and interest. I will support and help them in any way I can in setting up clubs and the ones that are already established.”

Hughes loves the game of hurling and is enjoying his new role of a promotion officer. He is delighted with the reaction he has been getting in the schools around the county and he has been surprised with how some of them have taken to the game.

“This is my second month here and I have been to quite a few schools. I am hoping it goes well. Children love playing games, there is no doubt about it.

“The schools have been great and it’s surprising how quickly the children have taken to the basic skills.”

For Hughes though it’s not just about getting schools involved with hurling and camogie he also wants young adults to get involved with the sport.

“It is not just about coaching in the schools, it’s about looking for an end product and build up the numbers of children and young adults playing hurling and camogie in Longford. There is no quick fix. Clubs do not spring up overnight, it takes time and dedication.”

Seamus Hughes from Cootehill dismissed the myth that you have to be from a big hurling county to get involved with the game.

In various clubs there are people from football backgrounds helping out. I got involved simply because my youngster was playing.”

For anyone who is interested or wants to get involved in Longford hurling, you can email Seamus at seamus.hughes.hgda@gaa.ie or tel 086 230 1039.