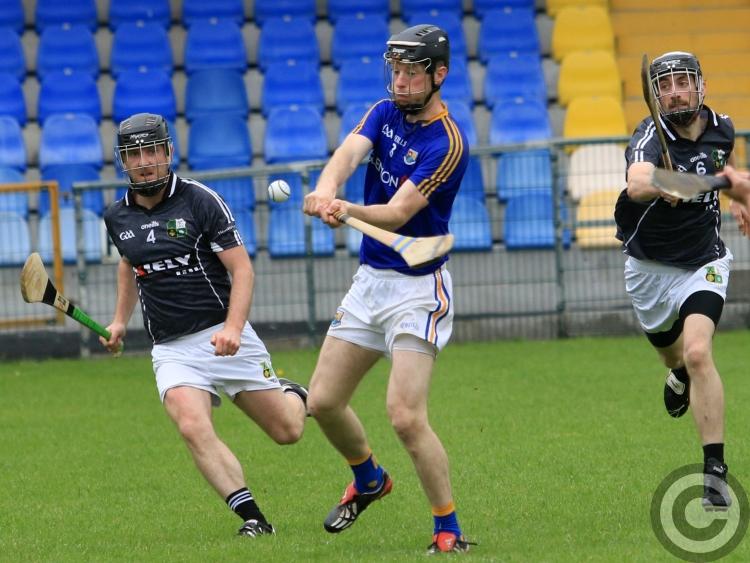 Joe O'Brien, who scored 12 of Longford's 13 points, pictured in action against Warwickshire in the Nicky Rackard Cup Round 3 clash at Glennon Brothers Pearse Park on Saturday. Photo: Syl Healy

A goal from Kelvin Magee in the 55th minute proved to be the decisive score as Warwickshire defeated a brave Longford side who played most of the second half with 14 men in the Senior hurling championship clash at Glennon Brothers Pearse Park on Saturday.

Despite losing the remaining group fixture, Longford have retained their Nicky Rackard Cup status for yet another year. They battled hard against Warwickshire but the loss of injured key players Cathal Mullane, John Mulhern and Reuben Murray proved to be a severe setback.

Longford suffered another significant blow when Cian McLoughlin was sent-off in the early stages of the second half after receiving a couple of harsh yellow cards from Cavan referee James Clarke.

The home side were a point ahead at that stage but Warwickshire made good use of the numerical advantage with the extra man dropping back into the defence.

Longford rallied to cut the gap to one point after conceding the crucial only goal but Warwickshire got vital points near the end to emerge victorious in knocking Colum O’Meara’s side out of the championship.