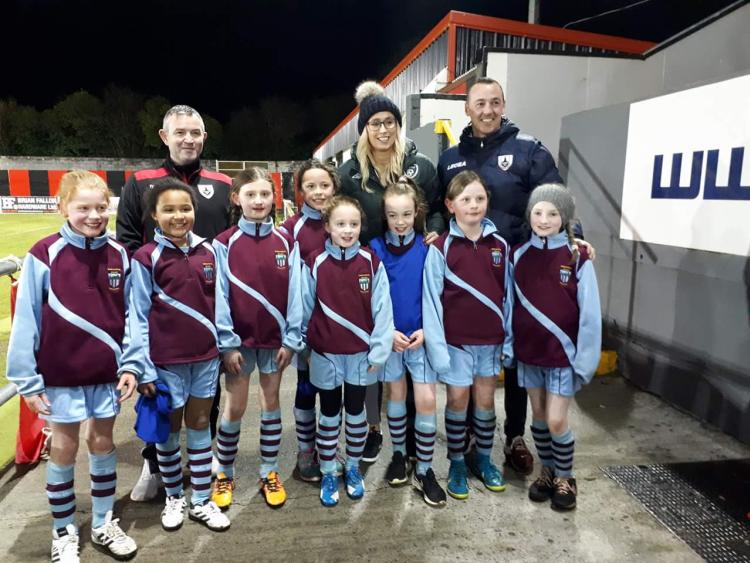 Stephanie,  who plays as a striker for Sunderland Ladies and the Republic of Ireland women's national football team, posed for photographs and signed autographs for young fans.

The girls from local club Gaels United, who played during half time of the Longford v Athlone tie, were particularly delighted to meet Stephanie.

Stephanie of course rose to stardom in October 2013 when her goal in the WNL for Peamount United was the runner-up for the 2014 FIFA Puskás Award for the best goal of the year.

It was her first goal of the WNL season and went viral after it was uploaded to the internet by team manager Eileen Gleeson as the matches are not televised.

Roche was glad it was captured for posterity: "It's just good for us now to get that on camera, it gives the Women's National League a bit of publicity as well as girls' football in Ireland, and I'm happy to be a part of that as well."

Later that year she was shortlisted for the 2014 FIFA Puskás Award, for the best goal of the year. She was the only female player to be nominated.

Following an initial public vote, Roche's goal was nominated as one of three finalists, alongside James Rodriguez and Robin van Persie, who had both scored their nominated goals at the 2014 FIFA World Cup. She is the sixth female player to be nominated for the award, and the first to rank among the finalists. A

t the 2014 FIFA Ballon d'Or awards ceremony on 12 January 2015, Roche finished in second place for the FIFA Puskas Award with 33% of the vote.