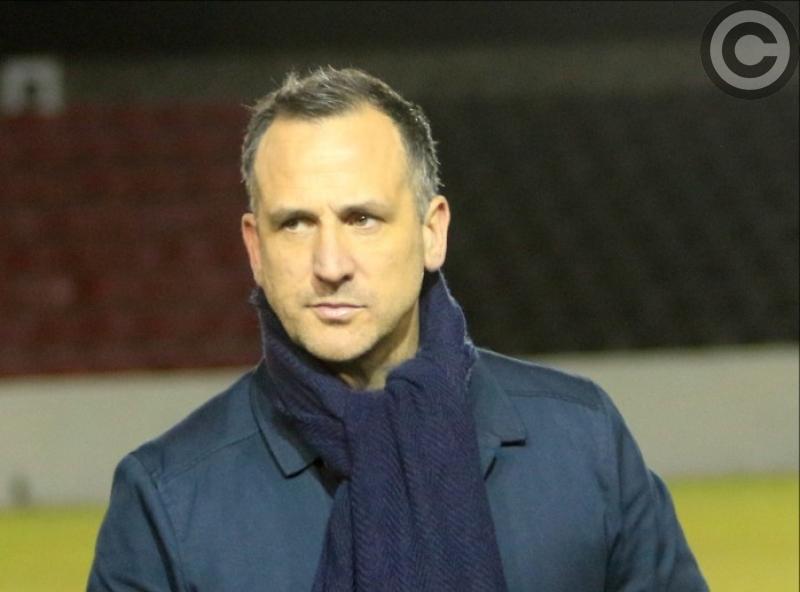 Against extremely poor opposition Longford Town got back on the winning trail in the Airtricity League First Division when they hammered Athlone in the midlands derby at City Calling Stadium on Saturday night.

It could have been even worse for the visitors as Neale Fenn’s side squandered several other chances during the course of this completely one-sided encounter (watched by the official attendance of 521) and the final score for the far superior home side might well have ended up in double figures.

Ironically, it was Athlone who took the lead in the first minute when Rory McCullough fired home a cracking goal from outside the box after capitalising on a mistake by Town defender Mick McDonnell but the equaliser eventually materialised in the 20th minute.

Striker Chris Mulhall, connecting with a right wing cross from Shane Elworthy, finished the ball to the net at the second attempt after his initial effort was saved by the opposing keeper Sean O’Donnell.

The Town then took the lead in the 35th minute when Mulhall put Dean Byrne through for a well-taken goal and Byrne scored again in the 41st minute following a terrible bunder by Athlone defender Jake O’Connor in a misdirected clearance.

Rampant Longford scored a fourth goal in the 58th minute when Chris Mulhall directed a header over the line after a right wing shot from Karl Chambers rebounded off the post and Athlone’s tale of woe was complete when they conceded again in the 74th minute.

The always dangerous Mulhall played the perfect pass into the path of Evan Galvin who hit the target with a fine finish to round off a very easy victory over the bottom of the table strugglers.

Missing from the Town squad were the injured trio Darren Meenan, Peter Hopkins and Alan Kehoe and the suspended duo Sam Verdon and Dylan McGlade while making his first start this season was local lad Aodh Dervin who done well in the midfield sector.