Longford ladies produce a decent display despite defeat against Wexford 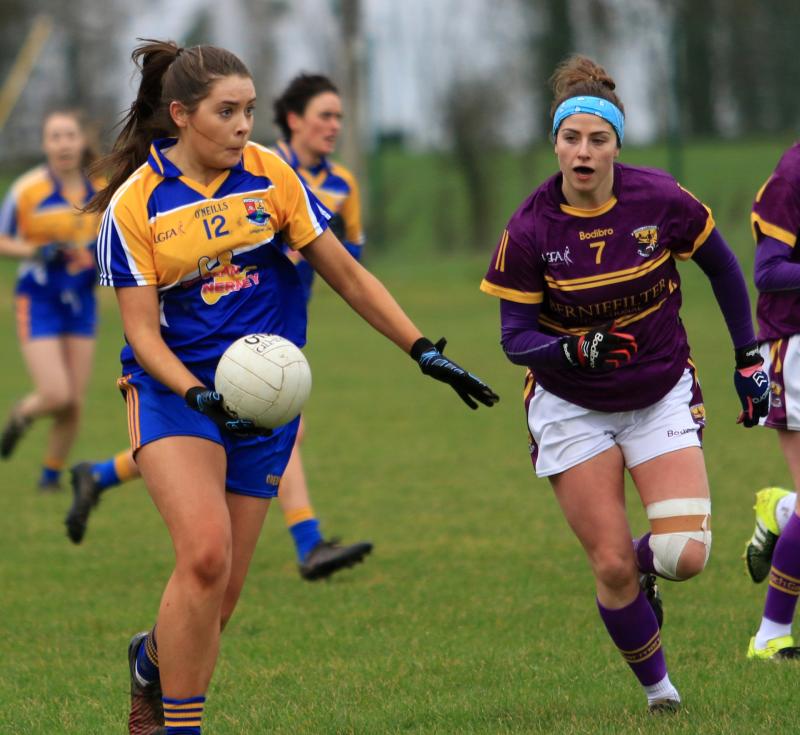 Longford suffered a defeat against Anthony Masterson’s Wexford in the opening game of Division 3 of the Lidl Ladies Football National League played at a windy McGann Park, Kenagh on Sunday last.

It was a tough task for a new look Longford side who were missing a few experienced players from last year’s team that gained promotion in winning the Division 4 title.

Wexford missed out on promotion last year when they were defeated by Tipperary in the Division 3 final and will be hoping to go one step further this year.

Under the guidance of former county star Paddy Dowd, Longford produced a decent display against a strong Wexford side. There was just three points between them at the break: Wexford 1-7 to Longford’s 1-4.

Wexford got two goals in the final 10 minutes with Maria Byrne raising the green flag twice. Those goals killed off the spirited Longford challenge.

Aisling Greene got the opening score of the game in the third minute with Wexford replying with a pointed free from Catriona Murray who went on to add three more frees to her tally.

Wexford got their first goal in the 20th minute when Kearney found the back of the net with a shot that went in with a deflection off the crossbar but Longford responded in fantastic fashion with a goal through Aisling Greene.

In the 24th minute Wexford’s Bernie Breen was sin binned but despite having numerical advantage Longford couldn’t reduce the Wexford lead as they trailed by three points at the break.

Wexford upped the ante in the second half and enjoyed the majority of possession as they constantly put the Longford defence under pressure but credit to Paddy Dowd’s charges who were solid and resolute.

With Wexford piling on the pressure it was only a matter of time that they would find the back of the net again and in the final 10 minutes they did with Maria Byrne scoring two goals; her second goal extend the lead to five points in the 54th minute. They also tagged on points from Aoife Sheil and Cathy O’Brien.

Aisling Greene got Longford’s second goal while substitute Emer Heaney kicked over a number of points.

In a youthful Longford side there were some strong performances from Leanne Keegan, Mairead Moore, Niamh Darcy, Cait Murphy and Aisling Greene.

Longford face a daunting trip to Meath on Saturday to take on the current Leinster Intermediate Champions who opened their league campaign with a big win over Down on Sunday last.