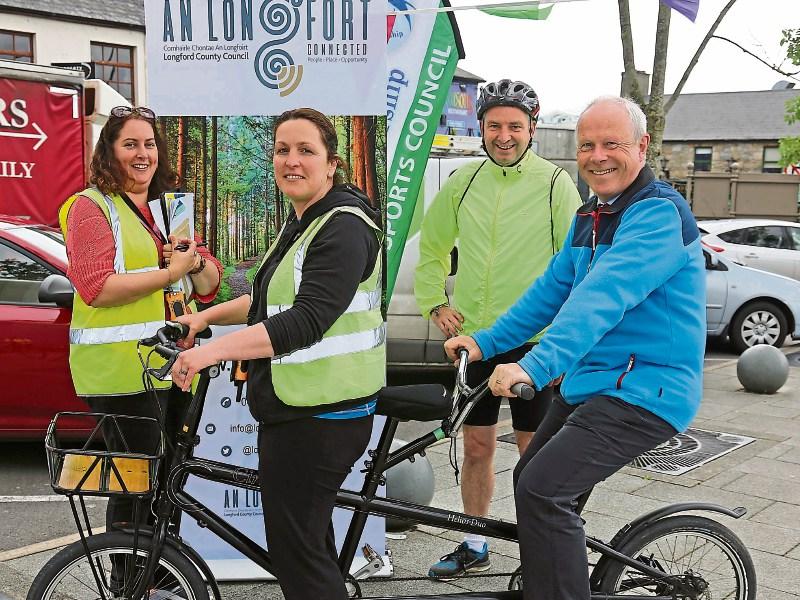 Longford County Council’s Chief Executive, Paddy Mahon opened the event. It saw over fifty people use their lunch hour to take a leisurely spin through town and grab a bite along the way.

Cycling events for Bike Week were organised across the county by the local authority, community groups, charities and cycling groups, all funded by the Department of Transport.

Cycling is a fun, healthy, safe, environmentally-friendly and low cost way to make those shorter journeys. Nearly everyone has cycled at some stage, but so many lose the habit. However, the turnout last Monday proved that it’s never too late.

Stephen Coy, Chairperson of Longford Sports Partnership stated, "This is a wonderful initiative, and great credit is due to the organisers and sponsors, and also to the many participants and volunteers giving of their time to make the event a success.

“Longford Sports Partnership would like to take this opportunity to congratulate all those that took part and to thank the many groups that supported. These included An Garda Siochana, Longford Volunteer Centre, Scouting Ireland, the Attic House, Longford Tourism and Civil Defence. Gratitude also goes to those that sponsored prizes, Martina Glennon, Optimum Events for Best Fancy Dress and Kevin Martin, KM Cycles. Food stops from Louis Herterich and Nick Hamilton provided welcome rest stops from the lunchtime spin.”

She said, “Events such as these lend themselves to the Healthy Ireland vision of enhanced physical and mental well-being. It’s not simply about just exercising, it’s about social interaction and civic engagement. Longford County Council, through Longford Sports Partnership is part of the Healthy Ireland Network which was recently launched and referenced to by CE, Paddy Mahon.”