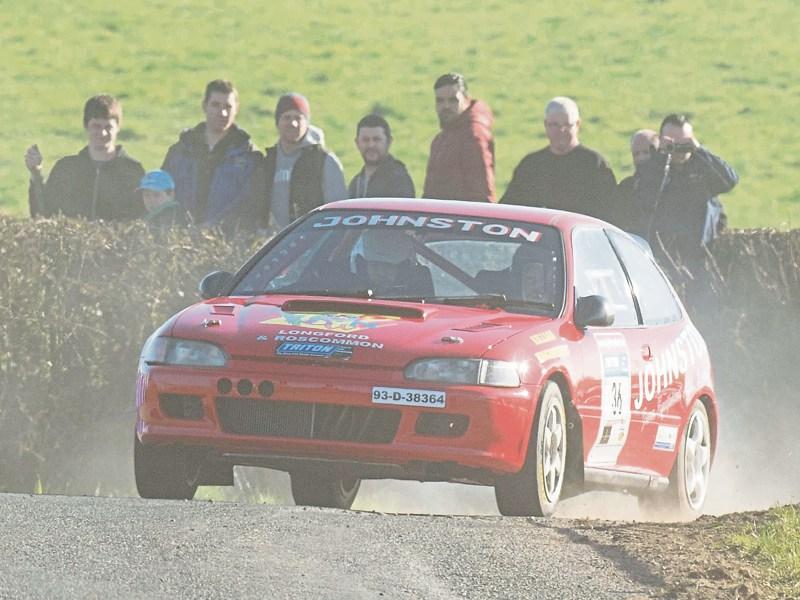 Leading from the start Monaghan’s Sam Moffett and his Cork co-driver Karl Atkinson (Ford Fiesta WRC) took a commanding victory in the Midland Moto Rally in Longford, the second round of the Triton Showers National Rally Championship.

They finished a minute and 9.9 seconds ahead of the Ford Fiesta WRC of reigning champions Clonmel’s Roy White and his Cork co-driver James O’Brien.

The event organised by the Midland Motor Club under the stewardship of Clerk of the Course Sean Cahill was well organised and provided a welcome financial boost to the local economy.

For a more comprehensive report and further local photographs, see the Motoring News section of www.longfordleader.ie