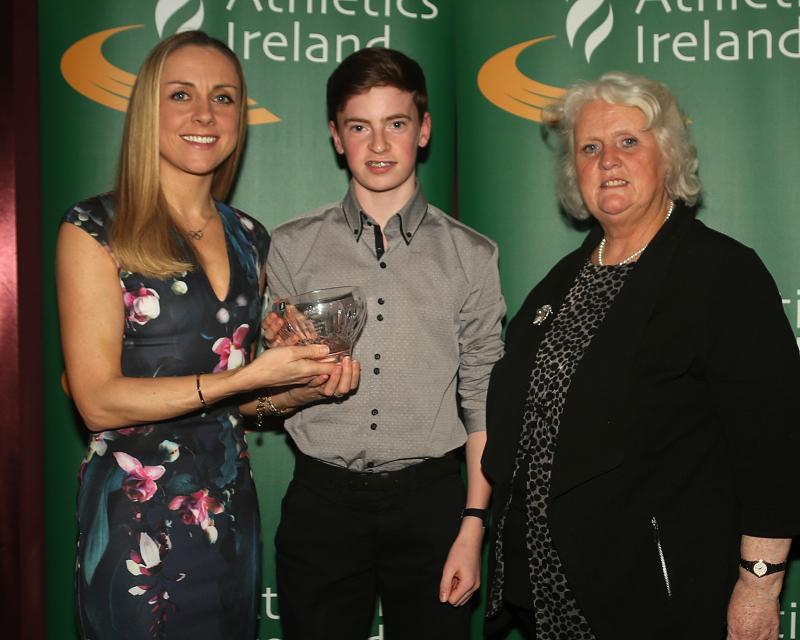 Cian McPhillips was recognised by the Athletics Association of Ireland National Juvenile Committee for his excellent performance throughout 2016 when he won the Emerald Crystal Juvenile Star Award 2016 for Longford at the Annual National Juvenile Banquet at the Tullamore Court Hotel.

The Juvenile Star Awards began in 2000 to recognise and celebrate individual achievement at National level of Irish juvenile athletes aged U15-U18 in each county.

It is over 12 years since a Longford athlete has been recognised so the Longford Athletic Club was delighted when it was announced that accomplished juvenile athlete Cian McPhillips from Ardagh would be receiving the Emerald Crystal Award for 2016.

Cian, a 2nd year student at Moyne Community School, has been a member of Longford Athletic Club since he was ten years old. He won a total of 8 All-Ireland Gold medals when he was U-12 and U-14 in both indoor and outdoor National finals in 600m, 800m, 1500m and cross country.

The Emerald Crystal Juvenile Star Award for 2016 recognised Cian’s achievements over the past year in the U-15 category winning two All-Ireland Bronze in both the indoor and outdoor 800m, and in December he became the National Champion winning the U-15 Boys 3500m cross country. 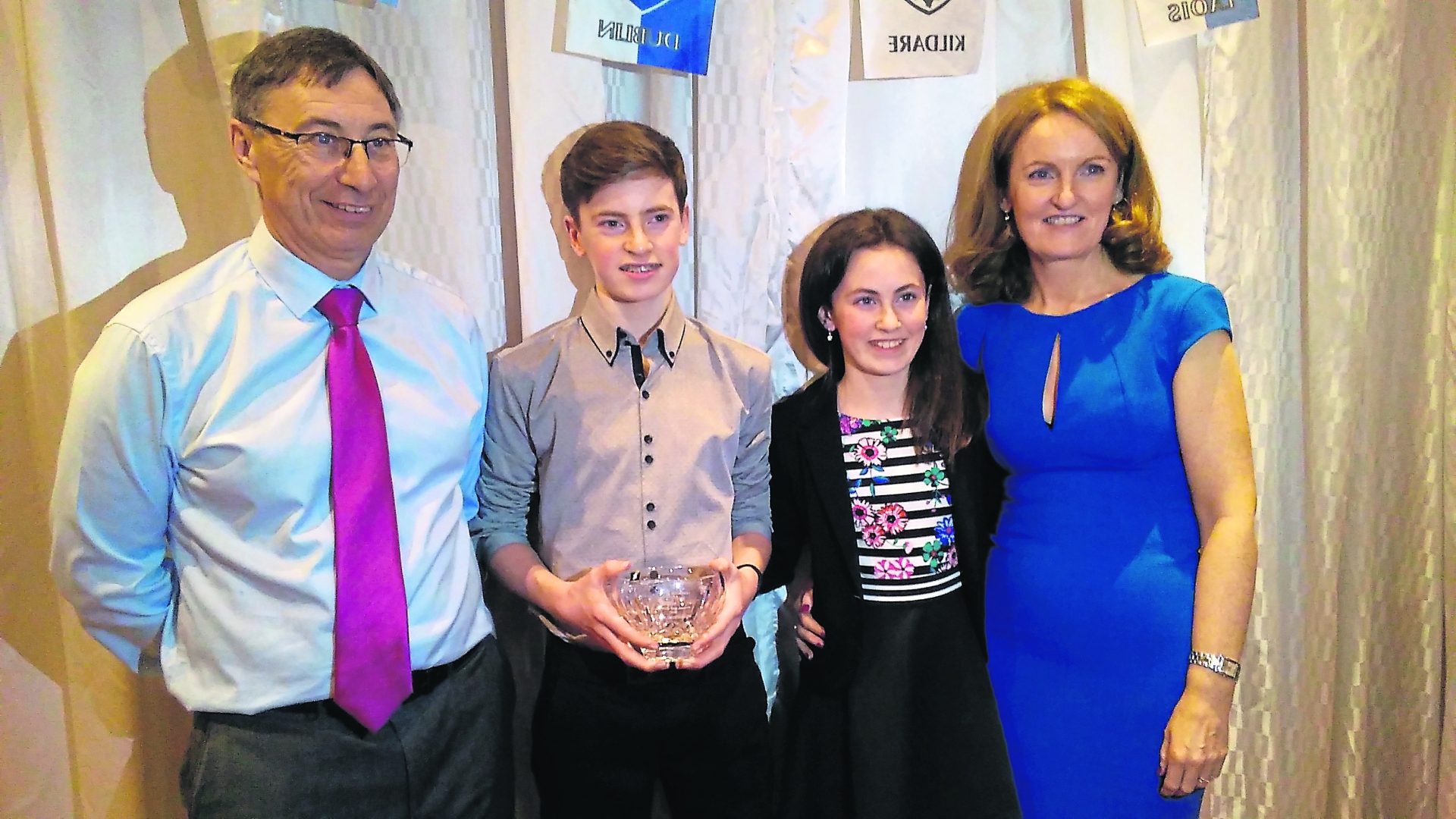 Photo: Paddy, Cian, Sarah and Laura McPhillips at the National Juvenile Awards Banquet at the Tullamore Court Hotel on Saturday night last where Cian was presented with the Emerald Crystal Juvenile Star Award 2016 for Longford recognising his athletics achievements at National level.