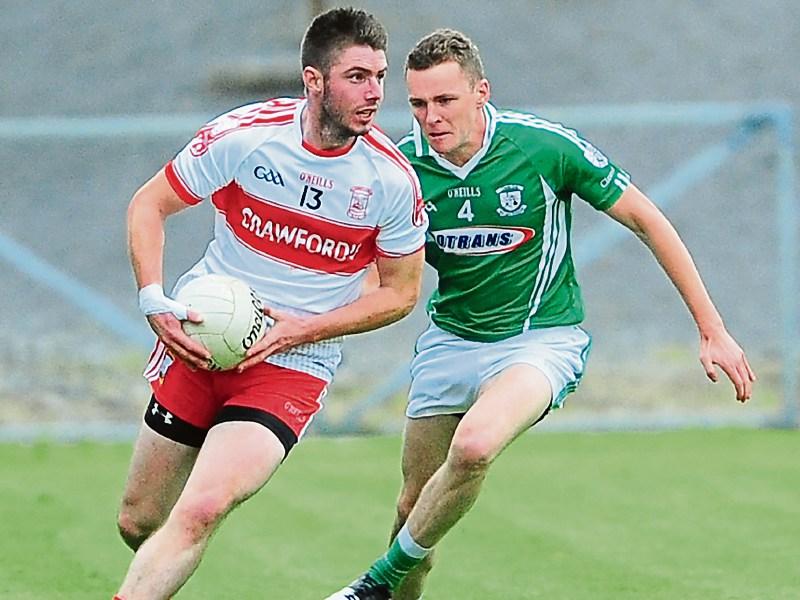 It’s the clash of the beaten finalists of 2015 and 2013 as Abbeylara take on Dromard on Saturday with a place in the eagerly awaited October 16 County Final against Mullinalaghta St Columba's up for grabs.

Abbeylara were expected to get to at least the last four but it is Dromard that have surprised many and they fully deserve to be in the position they are in.

They struggled in the league at the start of the year but a change in management has seen a transformation in fortunes for Dromard with former boss Sean Hagan now at the helm.

In a group with Abbeylara, St Columba’s and rivals Colmcille, it was predicted that Dromard would struggle to advance to the quarter-finals.

In their first game they brushed aside the challenge of their neighbours Colmcille; three first half goals from Ross McNerney, Diarmuid Masterson and Declan Mimnagh set them on their way. Mimnagh added a second after the break to give them a 4-8 to 0-12 win.

They followed that win up with a draw against Mullinalaghta which secured their place in the knock-out stages. Their final group game against Abbeylara meant very little. Both sides were much changed and Abbey emerged victorious.

Carrickedmond were Dromard’s opponents in the quarter-finals and a stunning first half performance helped them to a comfortable win over Ger Carberry’s side and a place in the semi-finals for the first time since 2014.

Dromard have a potent forward line and it would be deemed one of the best in the county with captain Francis McGee leading the charges. Cian and Declan Mimnagh and Ross McNerney will have to be marshalled well on Saturday by the Abbeylara defence.

Peter Reynolds, Diarmuid Masterson and Jamesie Martin are players that can cause damage with Reynolds, in particular, in fantastic form this year.

Abbeylara though will have their work done on how to curb those players on Saturday. They too have quality all over the field.

Young Cian Brady has impressed this year in defence while Michael McHugh has been solid throughout. They also have Connor Berry, Willie Crawford, Nigel Rabbitt and the best forward in the county, Robbie Smyth.

It was always going to be a tight affair between Abbey and Clonguish and that’s how it turned out with Robbie Smyth kicking over important scores in a 0-10 to 0-8 win.

An intriguing contest is expected with several good battles all over the field; the key area though will be defence and how both sides are able to curtail their opponent’s firepower.

Sean Hagan knows what it’s like to guide his side to victory in big games; he managed Dromard to their last county title back in 2007.  Can he do it again?

Or can Maurice O’Connor’s Abbey book their place in the county final for the second time in successive years?