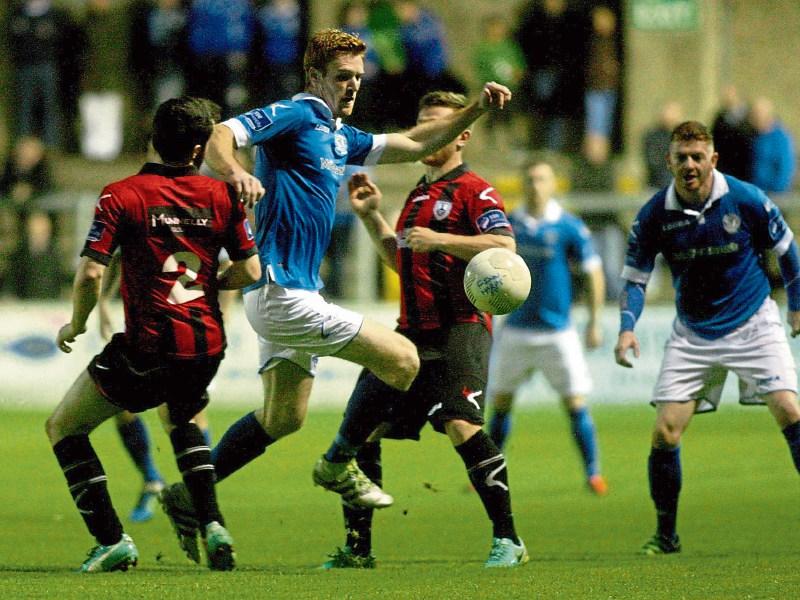 It was a long time coming; 26 games to be precise, but Longford Town finally picked up three points thanks to Kevin O’Connor’s first half strike on Friday night in Finn Park, Ballybofey.

The last time De Town won a league game was the first game of the season against Wexford Youths. That was at the beginning of March. This win sees them stop a run of five defeats in a row.

Things could’ve been different for the Town if goalkeeper Ryan Coulter hadn’t saved Ruairi Keating’s 81st minute penalty after Dave Scully was fouled. The clean sheet is Town’s first since their 0-0 draw away to Bray Wanderers in June.

With six games remaining Town are still bottom but this win will certainly give them a lift as they face into the most important few weeks for the club as they aim to avoid relegation for the second time in the club’s history.

Last week against Bray Wanderers there was a change in Town’s performance but unfortunately they lost. Again on Friday night the small improvement could be seen once more.

It does make supporters wonder how different the situation could have been  had a change in management take place months ago rather than weeks ago.

Both sides went into this game on the back of some poor form. Harps though had picked up important points earlier in the season and these could prove the difference as the sides at the bottom battle to avoid the drop.

There was an early chance of a goal but Harps’ Thomas McMonagle shot straight at Coulter from point blank range in the opening minute of the game. Coulter did well later on in the half when he made a fine save to deny Ciaran Coll.

The only goal of the game arrived in the 17th minute after Packie Mailey’s headed clearance fell nicely to Kevin O’Connor who found the back of the net with a trademark wonder strike looping the ball over the head of Harps goalkeeper Richard Brush.

The ex Sligo Rovers netminder thwarted Don Cowan and Peter McGlynn shortly after as Town looked to double their advantage.

Before the end of the first half Town striker Eddie Dsane had a great chance to get Town’s second goal but after surging into the box he got his shot past Brush but it went wide of the post; unlucky for Dsane.

As the second half went on Harps pressed hard for an equaliser and came very close in the 72nd minute; substitute Ruairi Keating made room for himself inside the area but his powerful shot came blasting off the crossbar.

Town stood firm and resolute as Harps continued to pile on the pressure in the search for a goal. They had a great chance in the 81st minute when Dave Scully was fouled in the area, Keating stepped up to take the spot-kick but it was saved by Coulter in the Town goals.

Town were able to hold on for a valuable win.

Is this the start of the fightback?