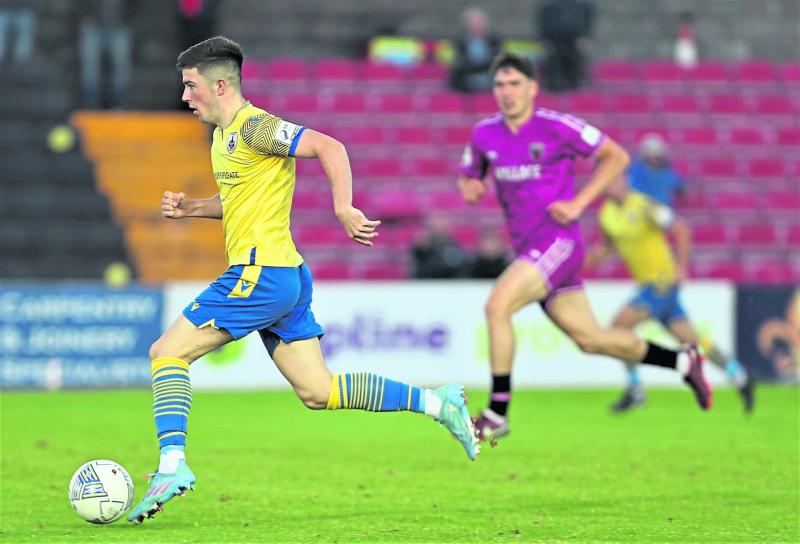 Kian Corbally on the attack for Longford Town against Wexford FC in the First Division league game at Bishopsgate on Saturday night Photo: Syl Healy

Promotion chasing Longford Town are virtually guaranteed a place in the First Division play-offs after scoring a hard earned win over Wexford FC at Bishopsgate on Saturday night.

It took an own goal to separate the sides in the finish with the home side breaking the deadlock in the 17th minute.

A shot from Sam Verdon struck the post with the rebound deflecting off the unfortunate Wexford defender Joe Manley as the ball ended up in the back of the net.

Some fine saves by Luke Dennison denied Wexford the equaliser and the excellent home keeper produced a brilliant point-blank stop in the 67th minute.

Longford almost scored a second goal in stoppage time when Jordan Adeyemo’s effort hit the post as they stuck it out to register their fourth consecutive win in the league.

The Town are now a massive 13 points ahead of sixth placed Wexford in the table and are not in action next weekend due to the second round fixtures in the FAI Cup.

Gary Cronin’s side will travel to Turners Cross on Friday September 2 to take on the league leaders Cork City with six games remaining in the First Division.