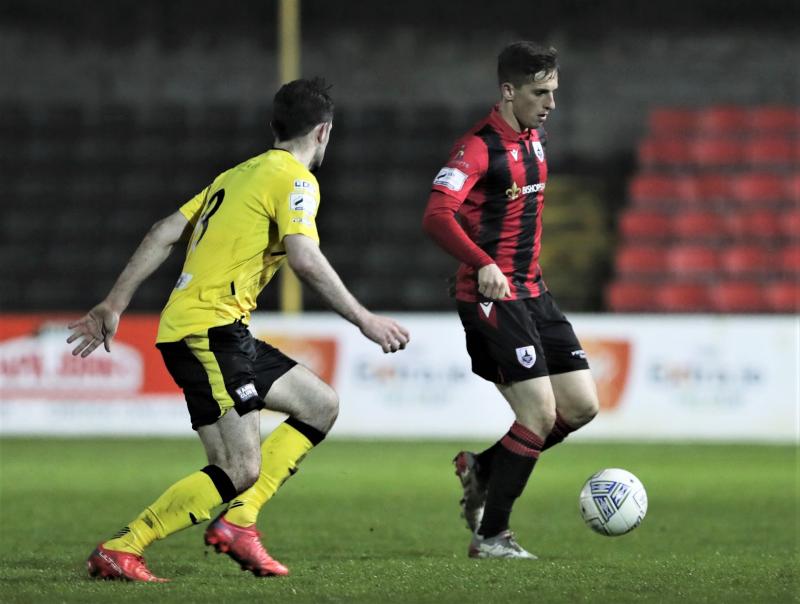 Former Bray player Darren Craven was the Longford Town hero at the Carlisle grounds on Monday, April 18 when he scored a spectacular winner to move the Town into third place in a very exciting First Division.

Midfielder Craven is in a fine run of scoring having hit the net in the Town's last three games against Athlone, Cobh and Bray.
He also scored in the 2-1 win over Galway Utd back in March, the other goal coming from team captain Sam Verdon.

The win on Monday brings the Town’s points tally to 17, three behind Galway and six behind leaders Cork City but Longford have games in hand on both clubs.

Manager Gary Cronin opted for the same starting eleven as started in the previous two games. The Carlisle Grounds is a tough place to go looking for points and Monday's game was no exception as there was end to end football.

The fact that ten ex players from either side were in the two squads meant that the players really knew each other.

The first half ended honours even as both sides had a few chances and both keepers weren't really tested.

The Town lost influential midfielder Aaron Robinson in the 17th minute but manager Cronin had an ideal replacement in Karl Chambers who came in and had a fine game.

Bray had an early chance but they blasted wide in the 48th minute but a few mins later the Town could have taken the lead when Craven was dispossessed while going through.

In the 54th minute the Town took the lead when an excellent free kick by Graydon was powerfully headed to the net by defender Michael Barker.

Craven could have added to the Town tally in the 59th minute but his shot on the run just drifted past the post. Verdon also went close before Dennison made a fine save. Matthew O'Brien replaced Ryan Graydon in the 65th minute and he made an immediate impact.

In the 80th minute Longford Town were made to pay for their missed chances as Rob Manley equalised. The Town were putting on the pressure after the set back and were pushing for the winner.

Joe Power replaced Eric Molloy in the 89th minute and the Town kept pushing forward as the board said 4 extra minutes.

Town keeper Dennison made an excellent save in the 93rd minute at the expense of a corner.

A minute later the all important winner came from former Bray player Craven who ran through the home defence and blasted the ball to the Bray net to get his fourth goal in eight games.

Bray had Paul Fox red carded in the 96th minute and the Town had two players yellow carded by a very poor official.

The Town held out and have won the last three games and are unbeaten in five.

Gary Cronin has his team flying at the moment and he will be looking to extend his great run when Treaty Utd come to Town on Saturday night next.