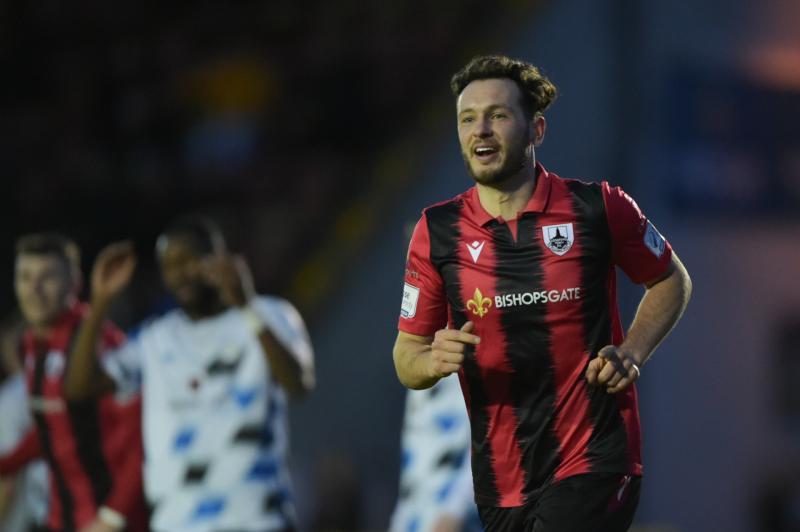 Longford went into the game on the back of a very good run of form while the visitors arrived with a point in the bag from their last game, a draw against Bray Wanderers.

Athlone, like their hosts, had many players playing in their first local derby but from the kick off Longford dictated proceedings and the visitors were playing second best for most of the game.

Longford were to play an unchanged team but Gary Cronin had to make a late change when Mick McDonnell, who picked up an injury in the RSC, wasn't deemed fit to start.

Recent signing Michael Barker came into the team and he had an outstanding game, alongside Dylan Barnett and he also scored Town's second goal with a fine header.

Home fans were incensed by some decisions from the referee, feeling they were denied certain penalties, one in each half. As it transpired, these decisions had no bearing on the result as the hosts were totally dominant.

Indeed, it was a big surprise that it took the Town until the second half to get the ball in the Athlone net. Darren Craven blasted the Town in front and centre half Michael Barker put the result out of Athlone's reach.

Longford perhaps deserved to score six or seven goals but overplaying the ball and wastefulness meant that the scoreline remained at two.

It was all one way traffic for most of the game but the visitors had a few chances and Longford keeper Luke Dennison made a few very good saves when called on.

There is no doubt that Gary Cronin's team will face much tougher opposition in the coming weeks but this was a workmanlike performance.

Since the defeat, Athlone Town have parted company with manager Martin Russell and he has been replaced in a caretaker capacity by former Longford and Athlone Town player Dermot Lennon.

Longford introduced three subs in the second half and it's nice to note that all came through the club's academy.