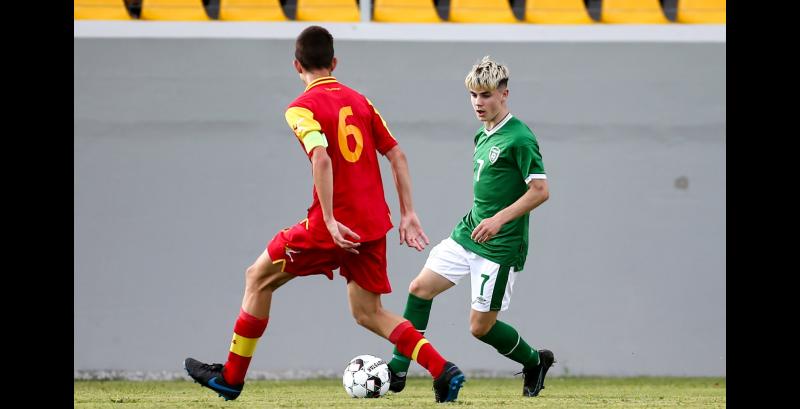 Christian Donlon Goncalves of the Republic of Ireland in action during the U15 international friendly match against Montenegro in Podgorica Picture: Filip Filipovic/Sportsfile

Goals from Cork City’s Cathal O’Sullivan and Shamrock Rovers’ Darragh Marshall gave Ireland the win in the first of two friendlies against the nations this week.

Head Coach Jason Donohue handed Cork City midfielder O’Sullivan the captaincy in his first international appearance and 10 minutes into the game the skipper repaid his coach's faith by opening the scoring.

Christian Donlon Goncalves played a beautifully-weighted ball for Darragh Marshall down the Ireland right, Marshall squared it to O’Sullivan, who broke from midfield, and he was able to clip the ball over Laza Mrkaic in the Montenegro goal for the opener. 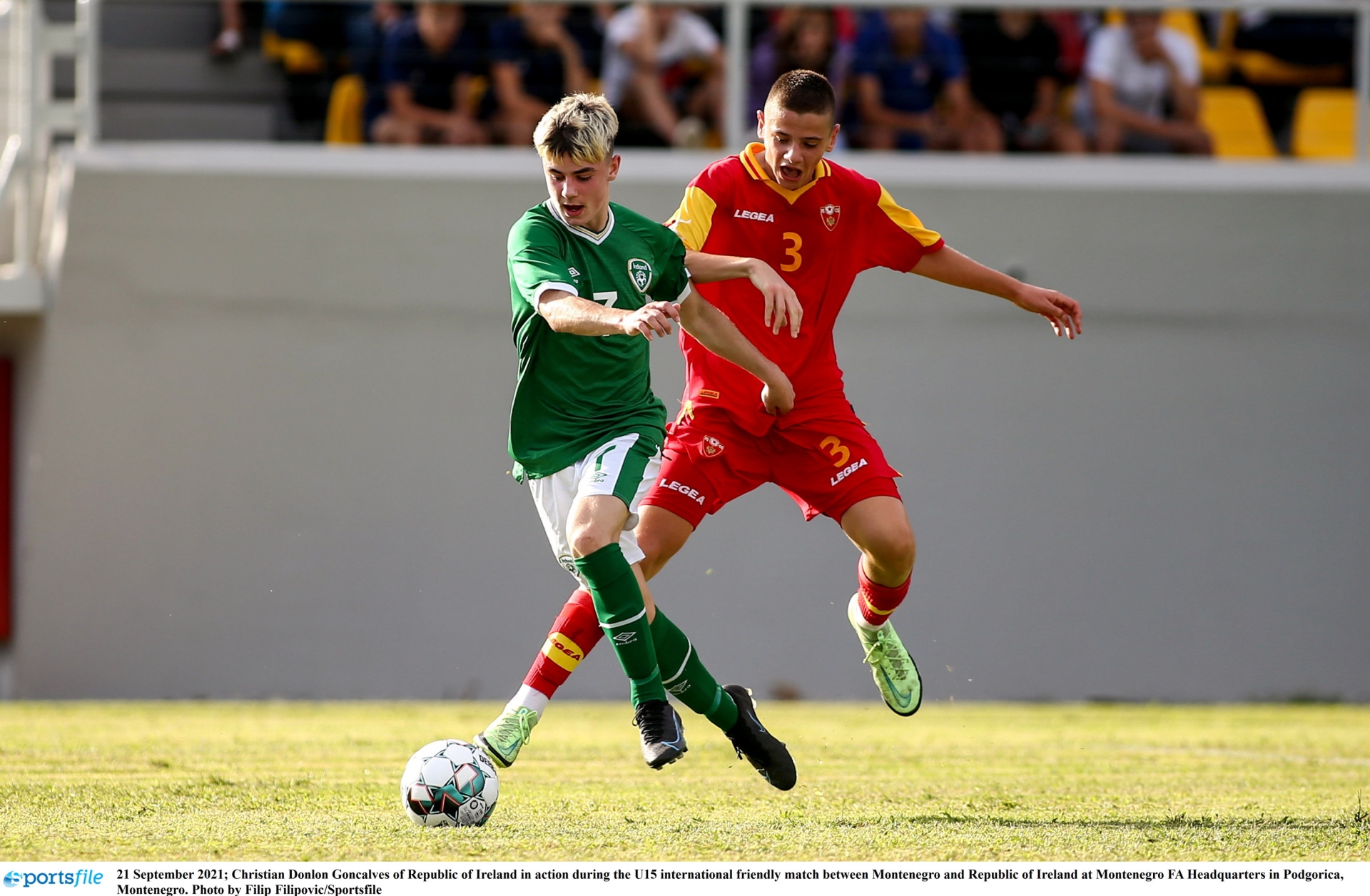 Caption: Former Ballyboro FC player Christian Donlon Goncalves of the Republic of Ireland skips past the challenge of a Montenegro defender during an U15 international friendly match at Montenegro FA Headquarters in Podgorica. Picture: Filip Filipovic/Sportsfile

Six minutes later it was two for Ireland. O’Sullivan put in a dangerous in-swinging ball from a wide free kick and Marshall got the faintest of touches to guide the ball home to make it 2-0.

It could have been 3-0 in the 37th minute. Richard Vodo picked out Donlon Goncalves with an excellent pass and the Mayo Schoolboy League forward outpaced the defender but saw his effort saved by the Montenegro keeper.

The second half saw few chances for either side with numerous changes made and neither goalkeeper called into action.

It was to be the home side who would create the only clear cut chance of the second half and that came in the 74th minute. A corner into the box wasn’t dealt with by Ireland with an attempt on goal striking the post. In the resulting goal-mouth scramble the ball fell free to Lazar Martinovic who, from eight-yards out,  could only head over.

Ireland saw out the game to secure the away win and get their season off to a positive start.

More than four decades on from legendary showjumper Eddie Macken's record breaking Hickstead derby exploits, Longford could be about to welcome another equine star into its ranks in the shape of well respected businessman Ollie Glancy.