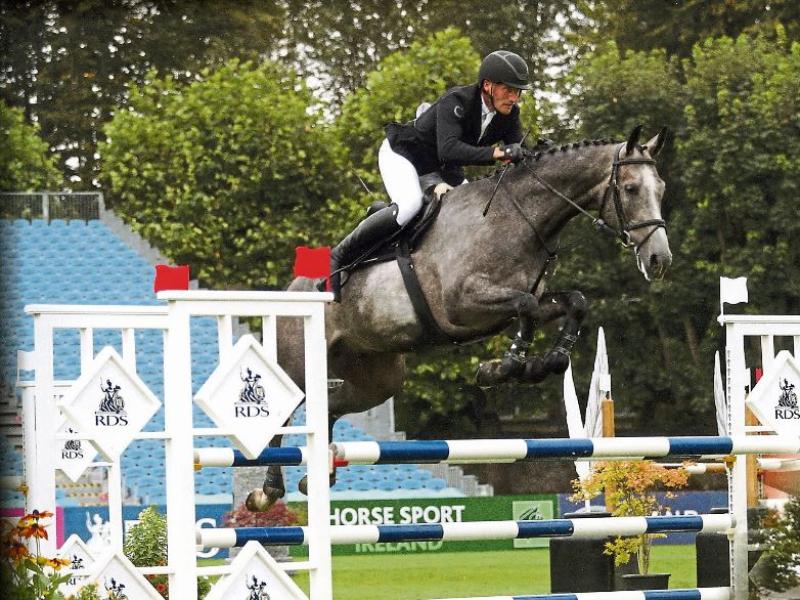 More than four decades on from legendary showjumper Eddie Macken's record breaking Hickstead derby exploits, Longford could be about to welcome another equine star into its ranks in the shape of well respected businessman Ollie Glancy.

The managing director of local drainage firm Longford Tank Pipe and Drain, Ollie is preparing to fly the Longford and Irish flags at this week's World Breeders Championships in Lanacken, Belgium.

Ollie is among an elite group of showjumpers who made the Horse Sport Ireland team only a matter of months after returning to the saddle, according to his proud father Oliver.

“He built the business up with his three brothers and started back showjumping in the last year after a long break,” said Oliver, who told of how his son routinely rises as early as 5am to undertake practice before starting his day to day duties with the family run business.

That decision came largely as a result of Ollie's successful acquisition of a four year old gelding Cornet Obolensky from Co Meath based breeder Brian Duff.

Now a strapping five-year-old, the pair took part in the Irish Sport Horse League for much of the summer with Ollie securing a third placed finish and with it his plane ticket to Belgium this week.

Ollie's success was made all the more noteworthy in view of his selection from around 300 fellow showjumpers who competed alongside the former Templemichael College student.

Only last month, the talented showjumper and his mount recorded a double clear round from a start list of 36 in the 5yo RDS National Championships Final to clinch seventh place overall.

Ollie flew out to the Belgium province on Sunday with his brother Michael.

His father and other brother, Adrian were due to follow the pair out yesterday in the lead up to Ollie's expected appearance tomorrow (Thursday).

Speaking to the Leader on Monday, Oliver told of the immense pride he had for his son following his selection.

“There are 220 or so horses from all over the world (taking part), so to be in that mix is a very prestigious honour and we could not be prouder of him,” said a smiling Oliver.

For more, and to see how Ollie fares in Belgium at this week's four day WBFSH World Breeding Jumping Championships for Young Horses 2021, follow www.longfordleader.ie