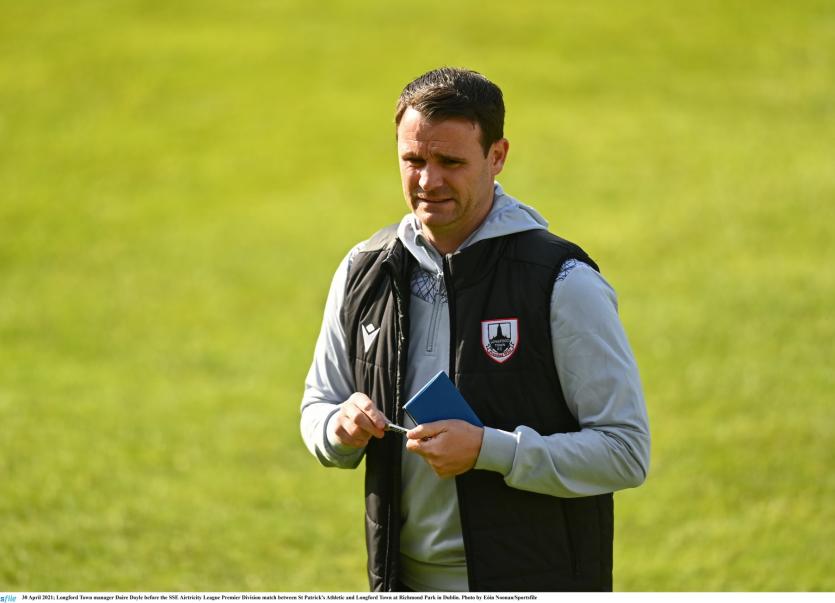 Wins over Drogheda United (2-1) and Waterford (3-0) have moved Dundalk up the Premier Division table after a poor start by their high standards and they will be in a confident frame of mind for the clash against Longford Town.

The current Dundalk squad is much changed from the all conquering team from a few seasons ago. There is a real international flavour with the club owners bringing in players from practically all over the world.

With no manager at the moment, the club’s Sporting Director Jim Magilton is taking charge and he will be pleased with the maximum haul of six points from the games against Drogheda and Waterford.

Peter Cherrie, who joined Dundalk from Derry as back up to Albanian keeper Alessio Abibi, has taken over in the goalkeeper’s position.

The team features regulars Cleary, Boyle, McElaney, Duffy, Shiels and McMillan and add to that a Latvia international and a South Korea under 23 international.

Longford Town supporters can clearly see that their club are facing a very difficult task against Dundalk and it will take a massive effort from the players to get something out of the Bank Holiday Monday fixture.