Longford Town will meet Shelbourne in the promotion/relegation play-off

Shels will be without suspended captain Gary Deegan 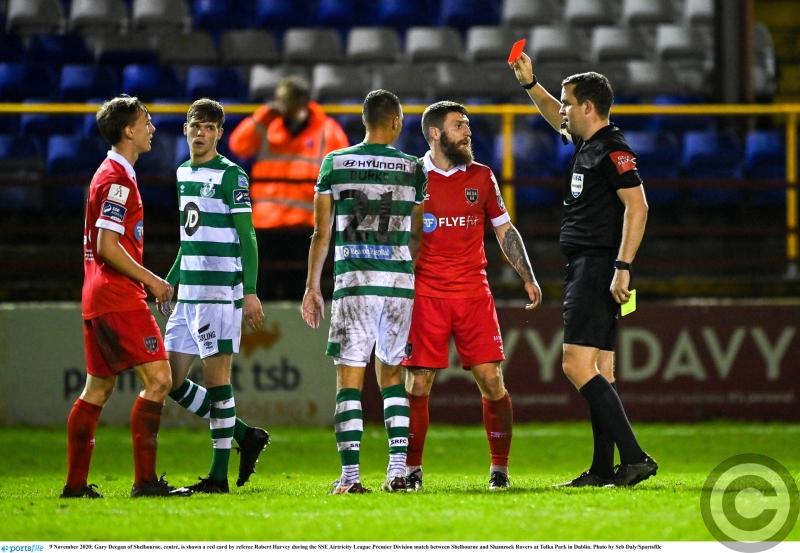 Shelbourne, who finished second from bottom in the Premier Division following a dramatic finish to the Airtricity League on Monday night, are the opposition for Longford Town in the promotion/relegation play-off final.

This massive match will apparently be played at Richmond Park, Inchicore on Sunday next but the exact details of the behind closed doors fixture have yet to be confirmed by the FAI.

Shels needed at least a draw against the unbeaten champions Shamrock Rovers in their final round game to avoid a relegation battle but lost 2-0 at Tolka Park.

And with Finn Harps hanging on for a 1-0 win at home to Waterford, the remarkable Donegal club have survived in the top flight for another season under the driving force of their inspirational manager Ollie Horgan.

It has been a fierce struggle for Shels in the closing stages of the season and things reached a very low ebb when they crashed to a shocking 4-1 defeat against First Division opponents Athlone Town in the recent FAI Cup quarter-final.

And to make matters worse for the Dublin club, their dynamic captain Gary Deegan is ruled out of the promotion/relegation clash against Longford Town after he was sent-off (second yellow card) late in the game against Shamrock Rovers on Monday night.