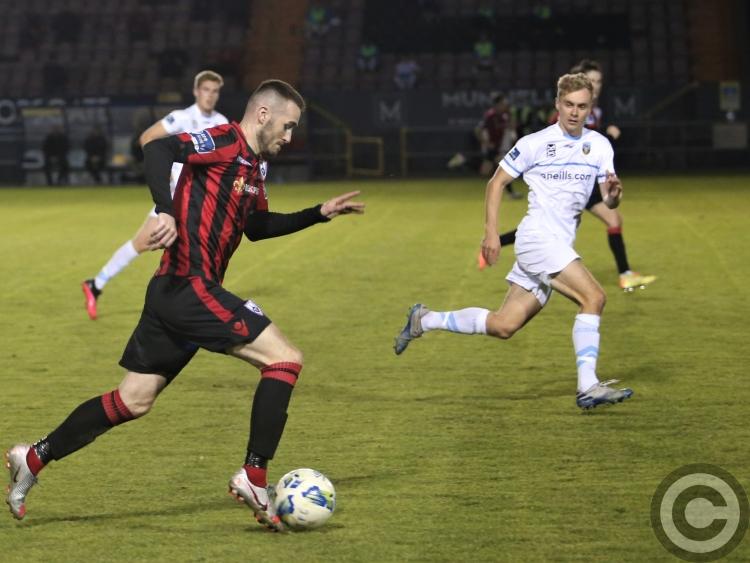 Longford Town are away to Athlone in the always intriguing midlands derby this Friday night (kick-off 7.45pm) in a must win match with things so tight in the First Division.

Improving Athlone have former player Adrian Carberry in charge this season and they scored an impressive 2-1 win at home to Cobh Ramblers on Friday night last.

It was the first victory in the 2020 league for a very young squad and they collected another three points by beating Wexford at Ferrycarrig Park on Monday night.

Athlone  no longer have the vast experience of Darren Meenan who announced that he was retiring from the game some weeks ago.

When the near neighbours clashed at Bishopsgate in early August, Longford Town came out on top on 2-0 scoreline and should have scored more goals on that occasion.

In excellent form for Athlone was their competent keeper Aaron Myles who was an academy player with Nottingham Forest.

Mullingar lad Tumelo Tiou, who played for Longford’s underage teams and who experienced first team action against Cork City a few seasons, is another bright prospect in action for Athlone.

The key figure in the Athlone midfield sector is Ronan Manning who is making a name for himself in producing some very good performances and a few goals to his credit.

Young Adam Lennon is still eligible for Athlone’s U-19 squad but his impressive form has consolidated his position as a regular on the first team this season. He is a son of former Longford player Dermot Lennon.

There is a very interesting player in a midfield/striking role for Athlone, notably Toner Dogan who is on loan from Dundalk who expect great things from the young American.

Jack Reynolds is another promising player currently in action for Athlone while former Wexford player Dean George is another threat.

Former Longford player Lee Duffy is a very dangerous striker who has also featured for Newry Town and Warrenpoint Town in the Irish League.

The most disappointing 3-0 defeat against the league leaders Bray Wanderers at the Carlisle grounds last weekend was hard to take but the Town bounced back to beat UCD 3-1 at Bishopsgate on Monday night after trailing 1-0 at the break.

The battle for the promotion play-off places has become very intense and manager Daire Doyle will be demanding a win over Athlone for his side to remain in contention for a shot at Premier Division football next season.