Longford Town FC out of action as Covid-19 stops soccer

Coronavirus Crisis a cause for great concern 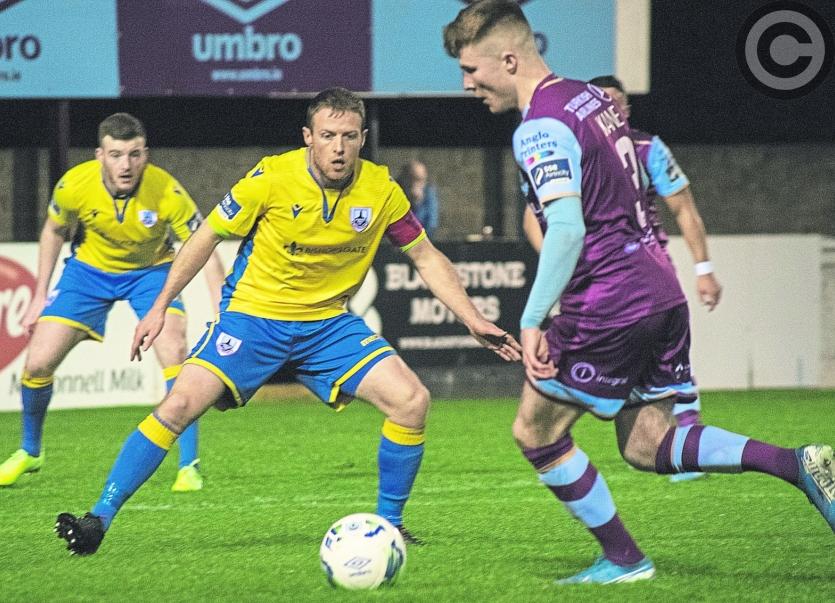 Dean Zambra pictured in action for Longford Town against Drogheda in the First Division game at United Park on Friday February 28 - the last time the club were in action Picture: Ken Keenan

Sports enthusiasts in Ireland and all over Europe are in a state of shock in the last week or so with the emergence of the coronavirus that has decimated soccer football in most of the world.

Only over the weekend did the powers that be really take the decision to stop all gatherings of over 100 people and since then all bars etc have been closed down indefinitely until the problem will be gotten rid of.

During last week football associations in different nations started to call off games, some matches being played in empty stadiums and then came the news that there was going to be a full list of cancellations.

Most of the talk in both England and here has been the situation regarding Liverpool, if they will be crowned champions if the League isn't completed.

Some clubs in England can survive for weeks due to their good gates but as you go down the different leagues there is a completely different situation.

All that we in the Republic of  Ireland worry about is the survival of the 20 league clubs and quite a few of our clubs could be under severe pressure if this total lockdown continues over a month or so.

Most clubs rely on cash coming through the turnstiles plus the other different fundraisers. At this stage of the season the Town have lost revenue due to the postponement of the Bray league game due to the flooded pitch.

The club also lost the home game in the EA Sports Cup against Ulster Senior League side Cockhill Celtic which was to take place on Tuesday March 10 and that was refixed for Monday last and that has fallen to the country ban on virtually all sports, with the exception of golf.

Last Friday away league game v UCD at the College Bowl was postponed and next Saturday's fixture against Athlone Town at Bishopsgate also fell foul of the virus.

Most clubs in the league will be  feeling the financial pinch in the coming weeks and we all are looking for supporters to rally around and hopefully there will be no crisis at any of our clubs in the Airtricity League.

The likes of Bohemians, Shamrock Rovers and Dundalk are all in good financial positions due to massive season ticket sales and they should have an advantage  over most of the other clubs in the respective leagues.

Elsewhere clubs are trying to sell player sponsorships, match and ball sponsorships and replica gear sales. We in Longford Town are no different to all the other clubs and we will be looking for help from all different areas and we know that our marvellous supporters will get behind the club in our hour of need.

With a near shut down in this country it's so hard to get in contact with prospective sponsors at the moment and we all have our fingers crossed that this virus hopefully will blow over fairly soon.

Fingers crossed that the virus will clear up very soon and we all get back to going out and supporting our local team.

At the time of writing nothing is known about the situation on the virus and it looks that the away game in Galway is also definitely off but with a bit of luck we may be back playing football in early April.

The Town have a home game against table toppers Cabinteely at Bishopsgate on Saturday, April 4 while on the following weekend it's away to Cobh Ramblers on Sat, April 11 in St Colman's Park.

Daire Doyle, like most managers in the League, must be pulling their hair out as they try and keep players focused.