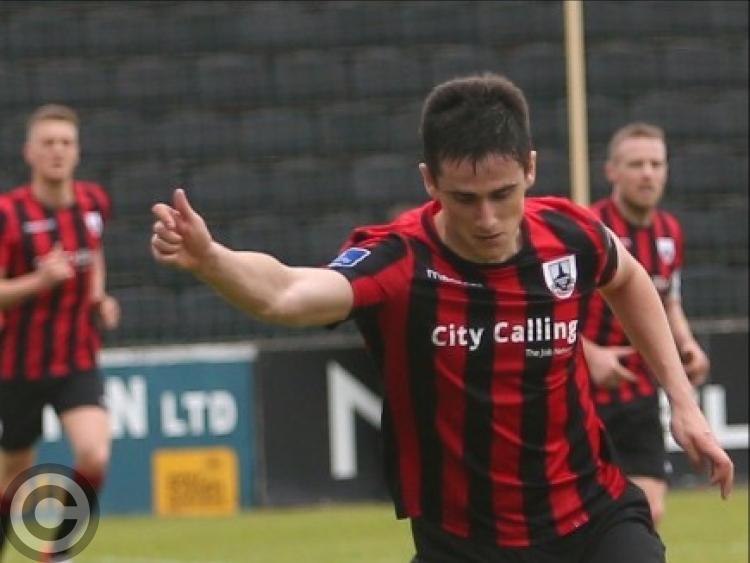 Sam Verdon, who scored the second goal for Longford Town in the win over Galway United at City Calling Stadium. Photo: Syl Healy

The gap at the top of the table is now closed to just a single point as Neale Fenn’s side maintained their title challenge with their next league fixture at home to bottom club Wexford FC on Saturday evening, kick-off 7.30pm.

Both of the Town goals came in the first half as they established a comfortable lead. The deadlock was broken in the 11th minute when Shane Elworthy's cross to the far post was finished to the back of the net from a tight angle by Dean Byrne.

Longford scored their second goal in the 19th minute when Dean Byrne played the ball into the path of Aodh Dervin and his perfect pass was finished to the net by Sam Verdon.

Galway improved in the second half and substitute Shane Doherty made an immediate impact when he pulled a goal back in the 55th minute after being on the pitch for about 20 seconds.

But the Town managed to consolidate their grip on the game to collect the three valuable points in their quest for promotion to the Premier Division.