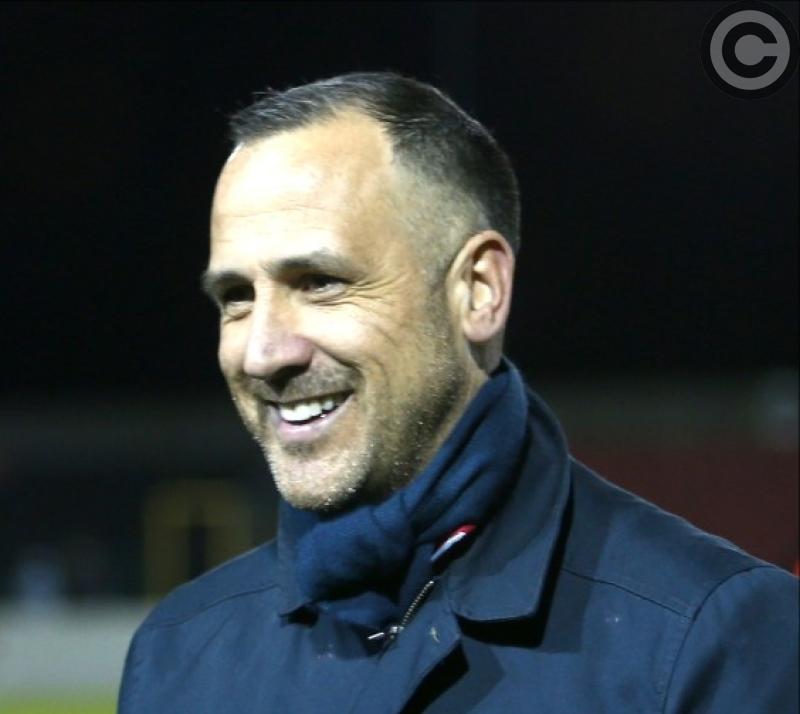 Longford Town were held to a scoreless draw in the First Division clash against Cobh Ramblers at St Colman’s Park on Saturday evening.

Both teams had goal chances but the deadlock was not broken as Neale Fenn’s side had to settle for a point in extending their unbeaten run in the league to eight games.

With Cabinteely winning on Friday night, the Town are now second in the table but have a game in hand against Galway United which is refixed for City Calling Stadium on the June Bank Holiday Monday.

Dean Byrne forced Mylod into making a fine save in the 34th minute as Longford  pressed for the opening goal.

Four minutes from the break Cobh very nearly broke the deadlock. Jaze Kabia got on the end of McSweeney’s header but his shot hit the side of the post and Town were able to clear the danger in a lucky let-off.

The Town piled on the pressure in the closing stages in the search for a winner but were unable to find a way past Cobh keeper Adam Mylod. Longford substitute Carlton Ubaezuonu (back in action after a lengthy injury absence) caused problems for the home side when he was introduced and was a real menace.

One minute from the end of normal time another Town substitute had a chance when Paul O’Conor directed a header straight at Mylod.

Then in the second minute of stoppage time  Ubaezuonu forced Mylod into making a fantastic save to deny the Town a last gasp winning goal but the draw was still a good result as the unbeaten run continues.

Subs:- Carlton Ubaezuonu for A Evans and Paul O’Conor for S Brennan (67 mins).