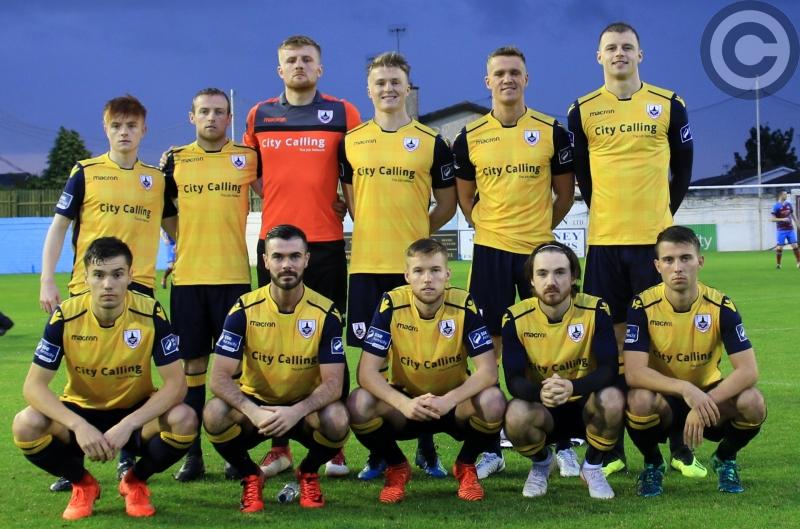 UCD drew 1-1 with second place Finn Harps at the Belfield Bowl on Friday night last to guarantee their place in next year's Premier Division in front of over one thousand supporters which is a great achievement for the college team.

Over the years UCD have been a feeder club for all the big clubs but this year their manager Collie O'Neill was very fortunate to only lose one of the 2017 squad.

With that in mind they had a massive advantage over most of the First Division clubs who have been chopping and changing in an effort to get a squad together to challenge for honours and promotion out of the dreaded First Division.

Corbett’s replacement Conor Kearns looks a very confident keeper and their goals against of 27 to date is a testimony that the league champions have a decent defence.

Their goals for column of 57 to date is the best in the league which is five better than the Town who are the second highest scorers in the League. During the July window UCD lost their top scorer Georgie Kelly who joined Dundalk who now look odds on to regain the title in the Premier Division after Bohemians beat Cork at Dalymount Park on Friday night last. Georgie has been signed by Stephen Kenny with a view to make him a regular in the coming seasons.

Losing their top striker and their best player UCD didn't panic and they have found an ideal replacement for Kelly. Conor Davis is the new kid on the block and he joined the club after being released by Reading.

Davis has been scoring on a regular basis since joining the College team and by all accounts he is more lethal around the penalty area than Kelly and that is some statement.

Davis and Kelly were the big names because of their scoring prowess but UCD are a strong overall team.

Keeper Kearns is a more than useful player and is one of the reasons that they have won the league and are also in the FAI Cup semi-final.

The UCD defence are a very well balanced unit with the experienced Liam Scales and Evan Osam two of the best in the League.

Osam, son of former St Pat’s player Paul, is a very accomplished defender who will have no problem adapting to the Premier Division.

The students midfield is a very formidable outfit with the experienced Gary O'Neill the main man but they also have Greg Sloggett, Timmy Molloy and Jason McClelland to make it a very strong quartet.

There is no doubt that striker Davis is a real dangerman, and his strike partner Neil Farrugia is also a top class player and both these lads need to be closely watched for the full 90 minutes.

UCD also have a very strong bench with some of the early season regulars having to be content with a place among the substitutes.

Last weekend Longford travelled to United Park to play Drogheda who were a point and a position behind the Town and they had to plan without the services of the very experienced Darren Meenan who saw red in the Cup game against Cork at City Calling Stadium.

Manager Neale Fenn also had to plan without Shane Elworthy who missed the game due to an accumulation of yellow cards.

Being short these two plus the long time injured trio of Sam Verdon, Jamie Hollywood and Dean Byrne has left Fenn without the backbone of his team.

With Elworthy out the very versatile Karl Chambers filled in at right full and Dean Dillon came in for Meenan.

Dillon, who is on loan from Shamrock Rovers, settled in well and scored on his full debut for the club.

Gareth McCaffrey, who had replaced William Hondermarck in the 3-0 defeat to UCD, started the game on Friday and he was the Drogheda star, scoring the two goals to give the home side a slender win.

With so many players out the Town's bench has been really stretched and Neale Fenn would be hoping for a speedy recovery for some of his long term injured.

After last weekend's results the Town have a big hill to climb as Drogheda have gone two points ahead of us and we are looking for a result against Stephen Henderson's Cobh Ramblers to clinch a place in the promotion play-offs.

The Town have to beat UCD at City Calling Stadium and then hope that Cobh will be trying to finish the season on a high after their long journey to the Brandywell on Sunday last for the EA Sports Cup final against Derry City.

Cobh produced a fine performance and must count themselves very unlucky to lose 3-1.

It was a superb achievement for Cobh to reach the final and they were complete underdogs against the club that have won the Cup on 11 occasions.

The Town have played UCD twice this season in the League and its honours even between the clubs.

The first meeting at City Calling Stadium ended 2-0 in favour of the students but the Town had an emphatic 5-1 victory over Collie O'Neill's side in the return match in Dublin.

With so much at stake on Saturday night this should be a cracking game and hopefully we will get a big crowd out for what could be the final game of the season!