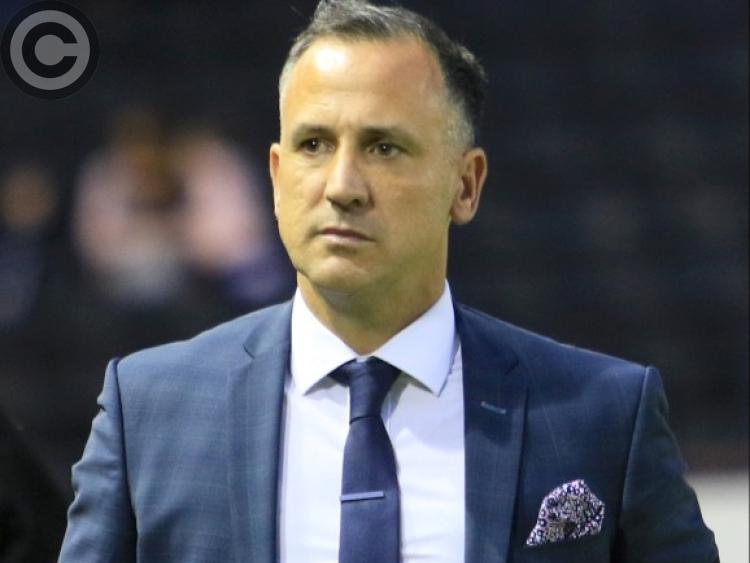 Longford Town suffered a big blow in the battle for the remaining promotion play-off place in the First Division when they were defeated by Drogheda in the crucial clash at United Park on Friday night.

Neale Fenn’s side, minus the services of suspended duo Darren Meenan and Shane Elworthy, are now two points adrift of Drogheda in the league table with just one fixture left to be played.

If Longford Town are to snatch the last play-off spot then they will need to defeat the First Division champions UCD at City Calling Stadium on Saturday night next and even at that are depending on Drogheda losing away to Cobh Ramblers. A draw at St Colman’s Park would mean the Town would have to beat UCD by at least three goals to overtake Drogheda.

Having been under pressure in the early stages of the game at United Park it was Longford who broke the deadlock in the 14th minute through Dean Dillon.

Gareth McCaffrey levelled for Drogheda in the 36th minute and scored a second goal in the 68th minute which clinched a massive three points for the home side. There were shouts for offside but the flag stayed down.