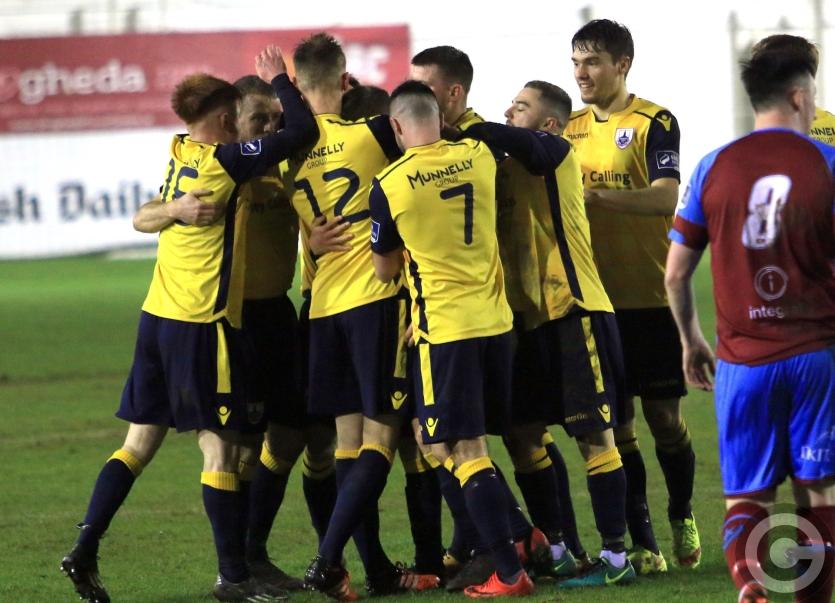 After watching his side denied a win away to Drogheda on Friday night, Longford Town manager Neale Fenn was bitterly disappointed that his side did not collect all three vital points in having to settle for a draw in a dramatic finish at United Park.

Longford Town were just seconds away from claiming a tremendous victory when Drogheda defender Ciaran Kelly equalised with a last gasp excellent strike in the fifth minute of additional time.

Speaking after the game the gutted Fenn said: “I don’t think anybody would say a draw away to Drogheda is any kind of a bad result. The fact is that we got a point but we lost two valuable points in the process of letting the win slip from our grasp. It feels like that but it was a good team performance and I am pleased with that. ”

Longford Town took the lead in the 57th minute through a stunning goal from Dean Byrne, a terrific strike from 25 yards, in bringing a dull match to life. Drogheda piled on the pressure to try and get back into the game but the Town defence stood firm.  Keeper Mick Kelly thwarted Drogheda on a number of occasions but he was eventually beaten right at the end.

Fenn fully believed his side would hold on for the win. “To be honest I didn’t think they were going to score. I know they were putting a lot of pressure on us in the box, as you would expect in the last few minutes.”