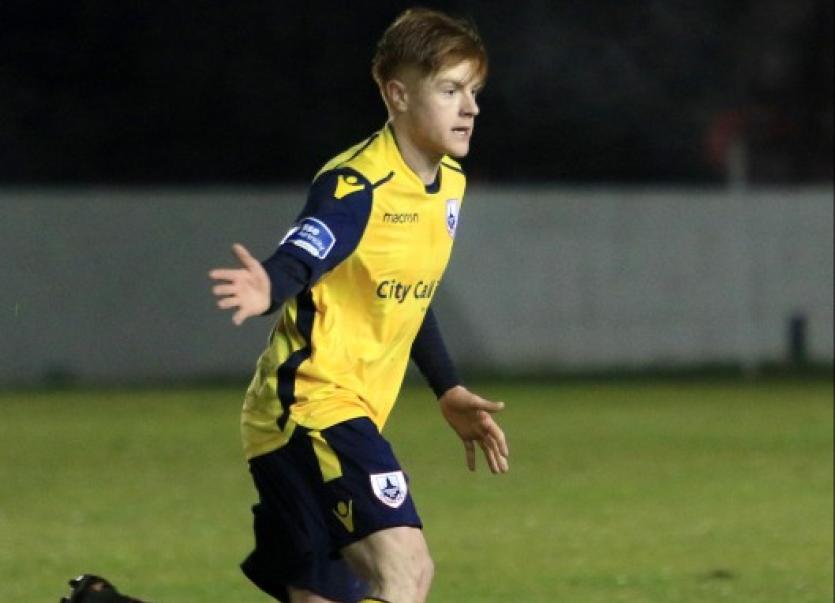 The general opinion is that the battle for the First Division title this season is going to be the most competitive contest for quite some time and Longford Town showed that they have the potential to be in contention with a positive draw against Galway United at Eamonn Deacy Park on Friday night.

And it could have been even better for Neale Fenn’s side as Sam Verdon missed a great scoring chance midway through the extended second half as the match was halted for a floodlight failure and thus 11 additional minutes were played in this tight affair.

Galway defender Maurice Nugent got caught in possession and Verdon capitalised on the mistake in racing through one on one with opposing keeper Tadhg Ryan, only to be denied by former Longford player Stephen Walsh who produced a tremendous last ditch tackle with 67 minutes gone on the clock.

Having said that, Galway went very close to snatching a winning goal in the second minute of time added on. Walsh fired a cross into the box and following a glancing header from Eoin McCormack the ball fell to Danny Furlong whose shot drifted agonisingly wide.

The Longford Town supporters among the official attendance of 1,029 at Deacy Park will be generally pleased with the point their side picked up at such a difficult venue and particularly impressive in the midfield sector was Aodh Dervin who is getting better with every game.