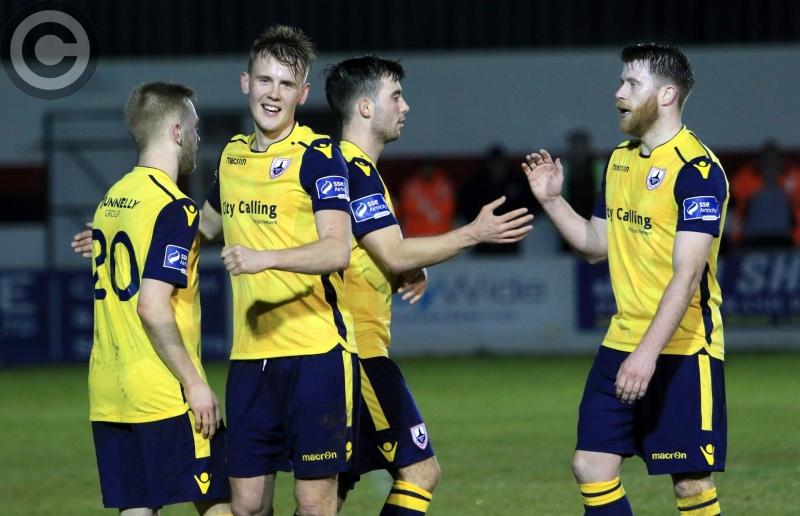 Longford Town will be away in two fixtures over the Easter weekend, starting with a trip to Eamonn Deacy Park on Good Friday to play Galway United, kick-off 7.45pm.

Then on the Bank Holiday Monday they are in action at Tallaght Stadium to take on Shamrock Rovers in the second round of the EA Sports Cup (kick-off 7pm). There is no doubt that these are very tough games for Neale Fenn's youthful squad.

Going to unbeaten Galway on Friday will be a big test for the Town and it will show how we are progressing so far this season.

To date Galway have won two and drawn two games with home victories over Cabinteely 3-1 and Athlone Town 4-1. They had two draws away against UCD 1-1 and last Friday against Drogheda United 2-2 at United Park.

Galway took a two goal lead with a double for Eoin McCormack but let it slip in the second half when the home side scored twice while they were down to ten men.

Galway United were so unlucky to be relegated last season and while they have lost a few of last year’s squad they are still  one of the favourites for promotion and that's because a lot of their squad have Premier Division experience.

Galway  have two former Town players in their squad. Defender Stephen Walsh and midfielder Ryan Connolly both wore the ‘red and black’ and are very good players.

Gary Shanahan is a top class defender as is Mark Ludden. Connolly and Alex Byrne are two quality midfielders and they also have the very experienced Alan Murphy to call on as well as Stephen Kenny and Conor Melody.

Eoin McCormack may have got the goals against Drogheda but they have a certain Danny Furlong playing up front and he has scored many times in a great career.

Furlong, who was playing pro football in New Zealand, came back to the League due to his friendship with his former boss at Wexford and now manager of Galway Shane Keegan.

Previous games between the clubs were always close and tense and Longford Town will be hoping to achieve a positive result against Galway United this Friday night.