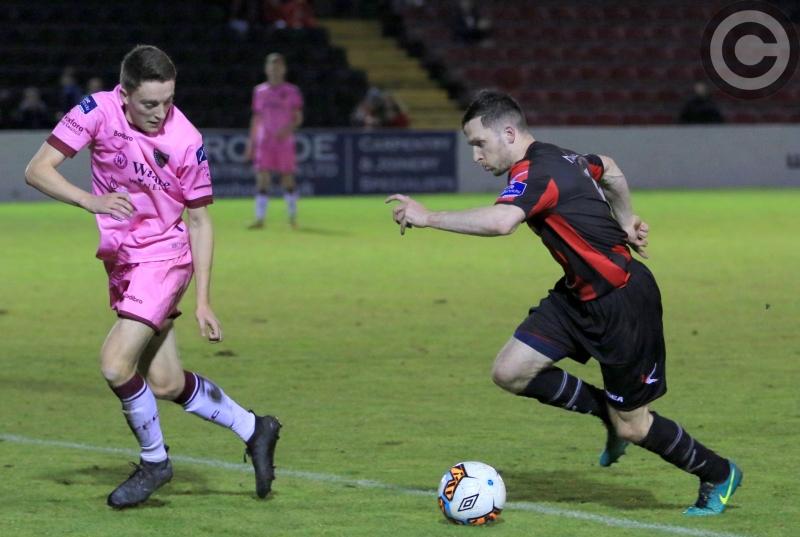 A first half goal from David O’Sullivan earned Longford Town a win in their final First Division league game of the season against Wexford FC at City Calling Stadium on Saturday night.

O’Sullivan got his head onto a Karl Chambers cross in the 34th minute to direct the ball past Wexford keeper Danny Bolger and that was the difference between the sides in the finish.

It may have been the last game of the season but Longford Town manager Neale Fenn is already planning for next season.  “We have been playing for next season for the last couple of weeks as most teams are. We are just trying to get lads agreed; who we want to stay and who can leave. That has been the hardest bit because all the lads have been really good and have a great attitude. We have spoken to all the squad and we need to get the right players in for next season.”