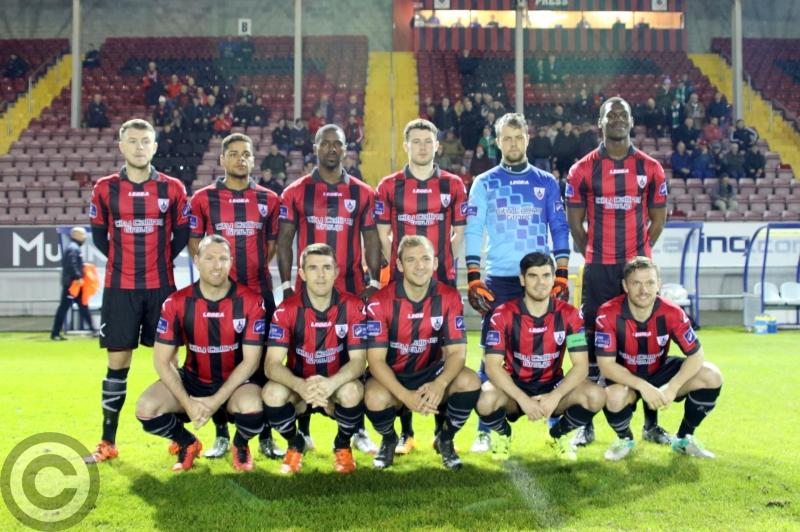 Relegated Longford Town ended a terrible season with a defeat against Shamrock Rovers at City Calling Stadium on Friday night as they remarkably failed to record a home win in the 2016 Premier Division League campaign.

The Town took an early lead when a Mark Hughes header found the back of the net in the 9th minute but Shamrock Rovers equalised in the 37th minute when Gary McCabe converted a penalty, award after Conor Powell handled the ball on the line and who was subsequently sent-off.

Rovers took control to establish a 3-1 lead with further goals from Aaron Dobbs (49th minute) and Brandon Miele (51st minute) before the Town hit back with a goal from David O’Sullivan in the 57th minute.

Shamrock Rovers scored a fourth goal when Miele was on target again in the 64th minute to put the issue beyond all doubt.

Speaking to the Leader after the game Town manager Alan Mathews admitted the game was a reflection on how the season had gone for the club.

“I’m looking at the game and thinking is this the same team we played against for the first half hour and it was. We just dropped our standards in keeping the ball, trying to get the ball back and the concession of soft goals. It’s disappointing when you score two goals at home and you still don’t take anything from the game. That appears to be a fair reflection of the season. “

The biggest cheer of the game was for Town defender Pat Flynn, who has decided to retire, as he got a standing ovation from both sets of supporters when he was substituted in the 76th minute to mark the end of his distinguished soccer career.