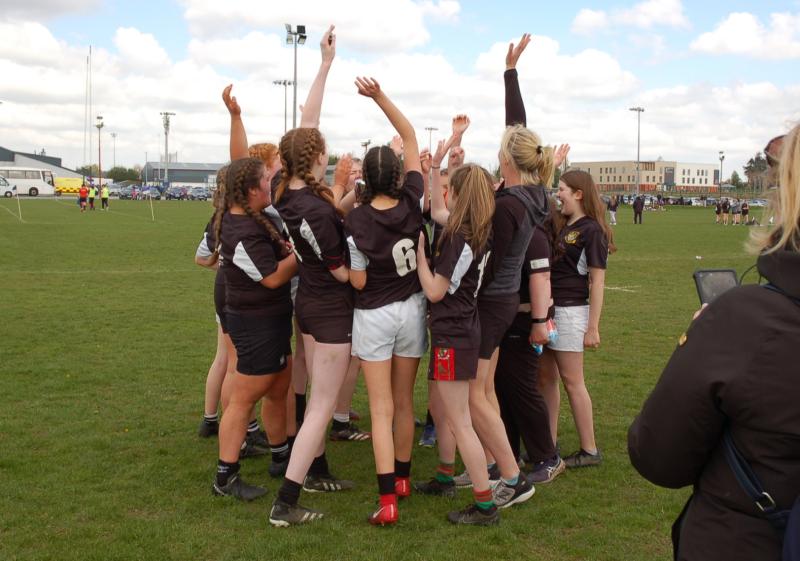 Longford bowed out at the Semi-Final stage of the Provincial Towns Plate last weekend suffering a last gap 16-15 loss away to Navan.

Longford lead right up to the last ten minutes, when they went down to 14 due to a yellow card for back chat to the referee. Navan then scored two tries out wide to break Longford hearts and signal the end of the season. It was a season that promised a lot but ultimately did not fulfil expectations due to a variety of factors on and off the field.

While Longford Town’s seven match unbeaten run in the Airtricity League First Division was ended by Cork City at Turners Cross on Friday night, it might have been a different story but for the unfortunate own goal conceded by Michael Barker in first half stoppage time.

The main thing is that the players dug out the situation and secured their Division 1B status for next season in the last game, ultimately finishing fifth in the Division. Saying that earlier in the season Longford were only three points off top spot for a time.

Still the side played some of the best attacking rugby in Division 1B and if the squad stick together with a few promising additions from the U18s and from outside from the club, then there is no reason that the club should not be very competitive in Division 1B and the Towns Cup in the 22/23 season.

Finally, it was the last match for Longford Senior Head Coach Glenn Baskett with the Senior Men after seven years involved as Coach and Head Coach. Glenn brought a fantastic level of detail and dedication to the role and wanted Longford to play a great brand of rugby. Most of all Glenn is a great person and a credit to the club both when winning and adversity.

I truly hope that Glenn will stay involved with the club and let his rugby intellect permeate down to all levels of the club. I would like to thank Glenn for his assistance as regards PR for the Senior side, he was always accessible and willing to talk especially on the bad as well as good days. Everyone at the club wishes Glenn and his family all the best in the future.

For the first time in three years the club will be hosting a Senior Awards night and the Derek Belton Cup Match on Friday May 6. It is normally a fantastic night with players being honoured from the Senior Men’s and Women’s teams for their prowess over the season, along with the coveted Club Person of the Year award being presented.

The awards will be proceeded by the Derick Belton memorial match where players past and present come together to honour former Club Captain Derek Belton and also Derek Bannon who both passed away way to early. Passed players are cordially invited to come out and play and celebrate with the current players after. The match is due to kick off at 7 pm.

U14 Girls through to the League Final

Congratulations to our U14 Girls who scored a fantastic 24-21 win versus Ardee in the Leinster League final on Saturday. Congrats to the team and their coaches Morag and Mags.

Well done to Lisa Brady who was appointed as the inaugural Midlands Women’s U20 coach. The regional squad is a new initiative to grow the pool of elite level Women’s players in Ireland. The whole club wishes Lisa the best in her role. Lisa coaches both at Senior and Underage level for Longford.

Give Rugby a Try

Following on from the U14s great success, if you are a girl aged between 8-14 and would like to give rugby a try in a fun and supportive environment, why not come down to CPL Park on Monday May 9th from 7-8. Rugby is one of the best team sports in the world and is suitable for all shapes and sizes. Apart from a great way to becoming physically fit, you will also make friends for life, in a great team environment. Girls/Women’s rugby is one of the fastest growing team sports worldwide and we welcome any girls in the Longford region who would like to ‘Give Rugby a Try’. If you would like more information, please ring Lisa or Mags on 0867340208.