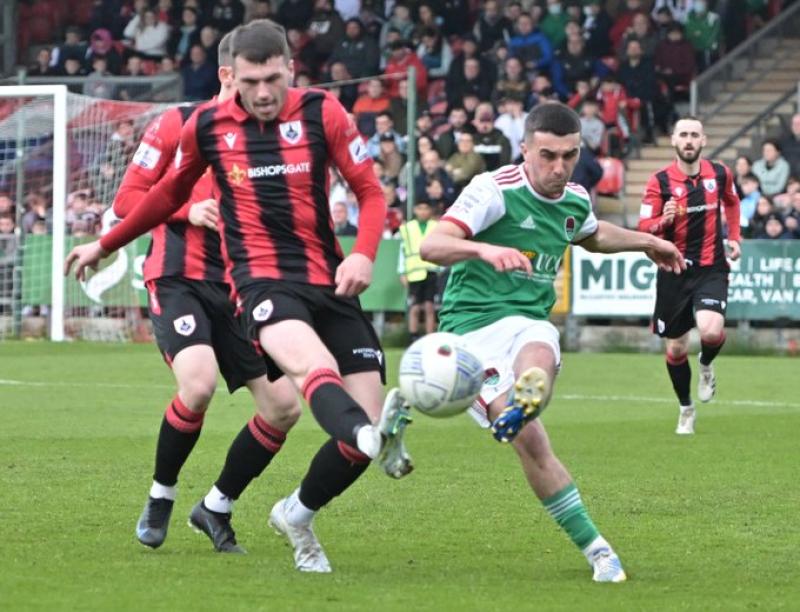 While Longford Town’s seven match unbeaten run in the Airtricity League First Division was ended by Cork City at Turners Cross on Friday night last, it might have been a different story but for the unfortunate own goal conceded by Michael Barker in first half stoppage time.

A surprise result looked on when a Sam Verdon header found the back of the net in the 43rd minute after he connected with the perfect cross from substitute Karl Chambers but the lead did not last very long.

The unfortunate Longford defender Michael Barker, in his attempt to clear the danger following a Kevin O’Connor cross, turned the ball into the net past his own keeper keeper Luke Dennison.

The Town went close to scoring a second goal in the early stages of the second half as both Verdon and Eric Molloy tried to scramble the ball over the line from a few yards out.

That proved to be a significant missed opportunity as Barry Coffey fired Cork City ahead in the 54th minute and while Longford went in search of the equaliser, their hopes of coming away with a positive result was eventually dashed when Coffey scored a killer third goal for the home side in the 86th minute.

Moments later a superb strike from substitute Darragh Crowley ended up in the back of the net off the post and it was a rather flattering win for Cork.