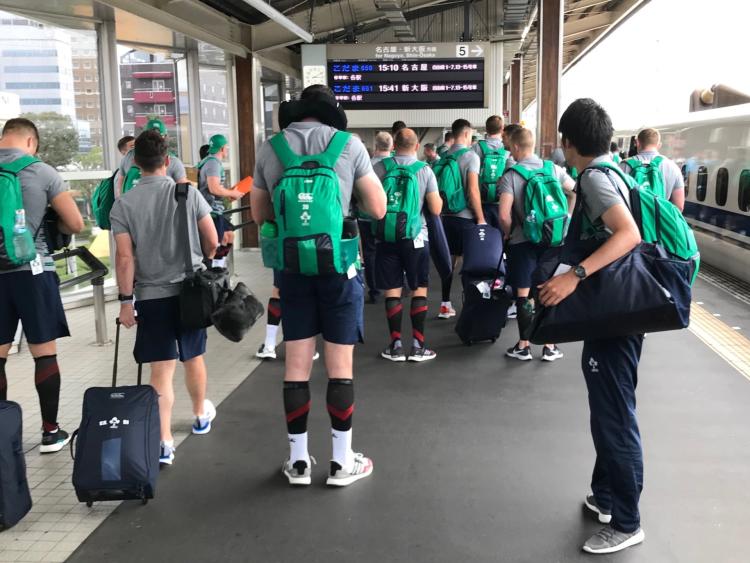 The Irish Rugby team has moved hotels from Yokohama to Shizuoka ahead of their clash with Japan in Pool A of the Rugby World Cup on Saturday.

A carnival atmosphere is expected at the Shizuoka Stadium Ecopa in Shizuoka Prefecture at 8.15am (Irish time) on Saturday morning, September 28.

The squad took a bullet train to Kakegawa on Monday as they continue preparation for the game. They will be training at the Yumeria Grounds this week.

It's understood two eight-tonne trucks were also loaded up for transportation to the new base on Sunday evening in Japan.

Ireland enjoyed a comfortable 27-3 win on the opening day of the World Cup against old foes Scotland and are now firm favourites to top their pool and set up a quarter-final tie with South Africa.