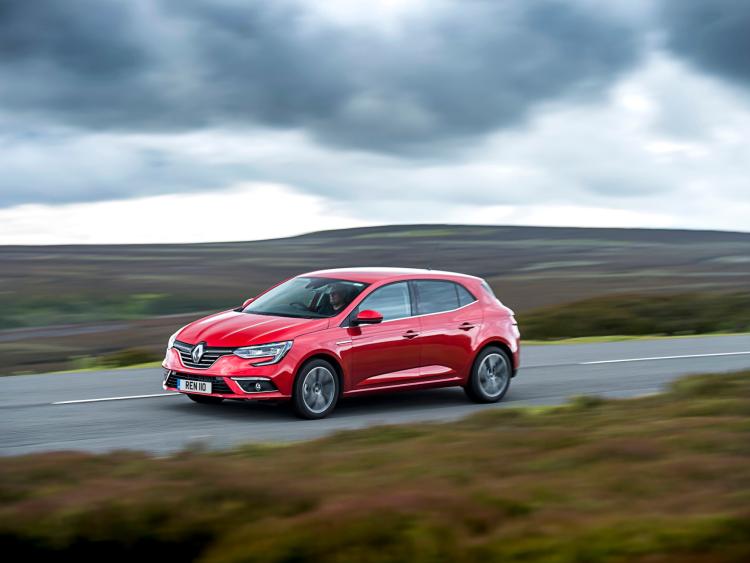 Despite being the pioneering manufacturer of lot of car genres – e.g. the people carriers (Espace and Scenic) and the compact crossover (Captur) - Renault’s best-selling car in Ireland is the Megane, with us over 20 years now.

A hatchback no less, it has recently been enhanced with the addition of some new petrol engines. In this case the tasty, TCe 130 version. Key here is 130 for the 130 bhp of power under the bonnet. That’s the most powerful entry petrol engine in its class that includes the Focus and the Golf for example. All from a 1,200cc engine reinforcing the bhp not cc argument which is being supported by Audi who are labelling all their cars based on power, not engine size now.

The Megane at every iteration was generally better looking than its competitors at the time and the current version is no different. Instantly recognisable from the front with the by now very familiar Renault face. The back looks squat and sporty with the sides connecting them both in a butch way with a high shoulder line. Whatever your car preferences it hard not to like its looks.

That engine on paper it is very appetising. I’ve driven quite a few of these 1,200cc engines with three cylinders but this has four that helps considerably to reduce engine noise. Up to a point though, as at motorway speeds I’d say it is no quieter than its turbocharged 3 cylinder equivalents. Nevertheless, for day to day use the ambience is a hushed environment in which to travel and responds well to the right foot. The ride is typically French and softer than the rivals, a plus here. However, you’ll find itdifficult to reconcile the manufacturer’s figures with the actual return.

The Megane interior is very, very chic and if you have not sat in a Renault in a while I urge you to do so. The material quality is excellent and the too much plastic criticism of old is exactly that, old. Renault interiors are at the top of my list.

The leader of innovative cars, Renault, has a hatchback as its biggest seller in Ireland. Mad Ted. Now there’s a sweet range of back-in-fashion petrol engines. Can Renault maintain the innovator mantle by taking us back to where we were before diesel and crossovers took over? If they can, I for one won’t complain.