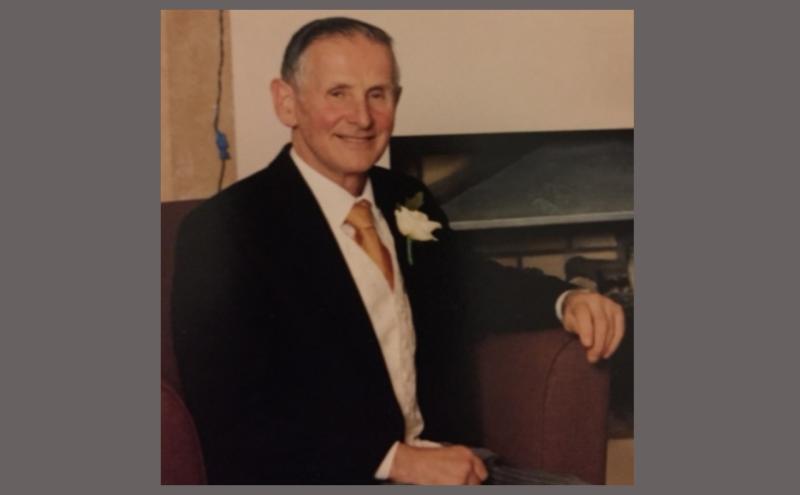 The sudden death, which occurred, at the General Hospital, Cavan, on Monday, August 10, of Pat (Patrick) Cullen, Carrickbane, Finea is regretted over a wide area and especially in this parish where he was a native of Killydoon.

It is ironic that in the last week three families in that townland have been bereaved – the Donohoe, O’Reilly and now the Cullen family.

Pat, who was aged 84, had an illustrious career as a member of the local farming community when he won Dairy Farmer of the year in 1982.

Getting the inspiration for intensive farming from a Farm Walk ‘Farming for the Future’ in 1969, Pat, assisted by his wife Maureen, followed his dream, receiving Creamery Milk Supplier of the Year along the way and eventually winning the icing on the cake in 1982.

Later in 1986 he wrote a book ‘I Did It My Way’ about how it all came about and the ups and downs of farming.

In a chapter entitled 'Motivation' he wrote: ‘The body bred by honest toil leads to peace of mind, work well done to inner contentment’ which summarises Pat’s constant striving for success on his farm.

Many years later, when he retired from farming, he set up Carrickbane Crafts where again he made the headlines producing unique household items from bog oak, a variety of which can be seen today in many local households.

Sadly, Pat suffered two tragedies during this time – his son Padraig died aged 4 and his beloved wife Maureen passed away in 1988 following a long illness.

In later years Pat turned his hand to playing golf, at which he was again very successful, loving the company and making friends along the way.

In his youth, Pat played junior football with Mullahoran and was also a talented handballer which was a great pastime for young lads on Sundays and in the evenings, and with the local alley less than a mile away Pat was always available for a game with the late Donal White or his cousin Andy Cullen among others.

Indeed, Pat was a man of many talents, and when he turned his hand to anything he had the ‘midas touch’.

He was also predeceased by his brother Andy and sister Bridget. Sadly missed by his loving daughter Geraldine (McCabe), sons Sean and Pauric, son in law Sean, daughter in law Karen, brothers Thomas, John Joe, and Benny, sisters May (Drogheda) Rosanne (Texas) sisters in law, brother in law, grandchildren Emma, Nicole, Sarah, Holly, Ruby and Mason, nieces nephews, relatives, neighbours and a large circle of friends, to whom we extend our sincere sympathy. Rest in peace.