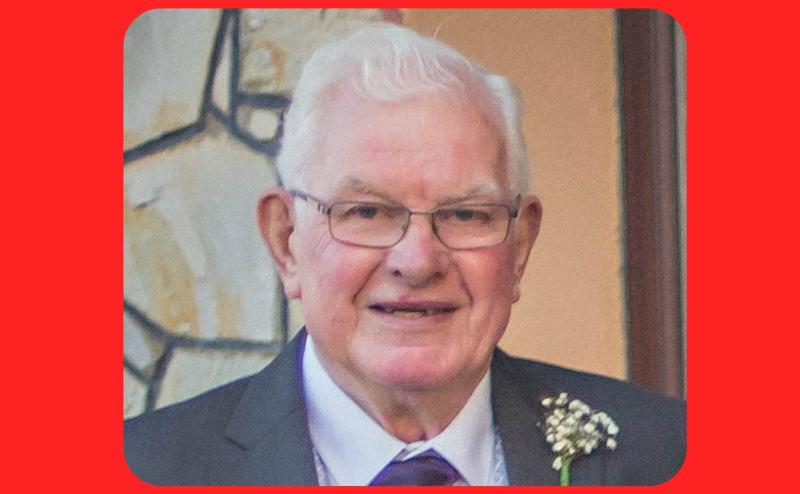 It was with great sadness that St Barry's GAA learned on Monday morning, April 15 of the sudden passing of their Club President, and dear friend, Noel Mitchell, following a short illness.

In his 80th year, Noel, of Newtown, Whitehall, Tarmonbarry, Roscommon, was a St Barry’s man, through and through.

Born in Newtown, Whitehall, Noel like a lot of his contemporaries emigrated to London as a young man. While in London, Noel played and captained the St Michael's club in Croydon.

The draw of home was strong however, and he returned and settled in Whitehall with his wife Sally.

From his return, Noel was integral to the growth of the St Barry’s club, and held many positions in the club over the years.

Noel was a founding member of the club’s Park Committee, which oversaw the purchase and development of Pairc Naomh Barraigh in Tarmonbarry, a facility which Noel took great pride in.

Noel was Club treasurer for many years, was a founder and driving force behind the local lotto, was club delegate to the Roscommon County and Northern Boards, as well as being a team selector.

Noel used the First Aid skills he learned as part of the Civil Defence group to look after our players for years: indeed many injured players quickly leaped to their feet when they saw Noel run onto the pitch with his water bottle!

Noel also served as a referee, and long before it was fashionable he could be seen far and wide on his trusty blue bicycle. Noel retired as an officer of the Club in 2018, but was subsequently named Club President alongside his brother Paddy, and could still be seen at club activities, especially games.

The high regard in which Noel was held by everyone in our area and throughout the GAA community was reflected in the large crowds who came to pay their respects to Noel. Funeral Mass took place on Wednesday, April 17, in the Sacred Heart Church, Whitehall, followed by burial afterwards in Kilbarry Cemetery.

Sympathy is extended to Noel’s family; to his wife Sally, daughters Sheena and Edel, son Ronan, his brothers Larry, Oliver, Rory, Paddy, Leo, his sister Antoinette, to his grandchildren Kian and Conor, to the extended Mitchell family, and to Noel’s wide circle of neighbours and friends.