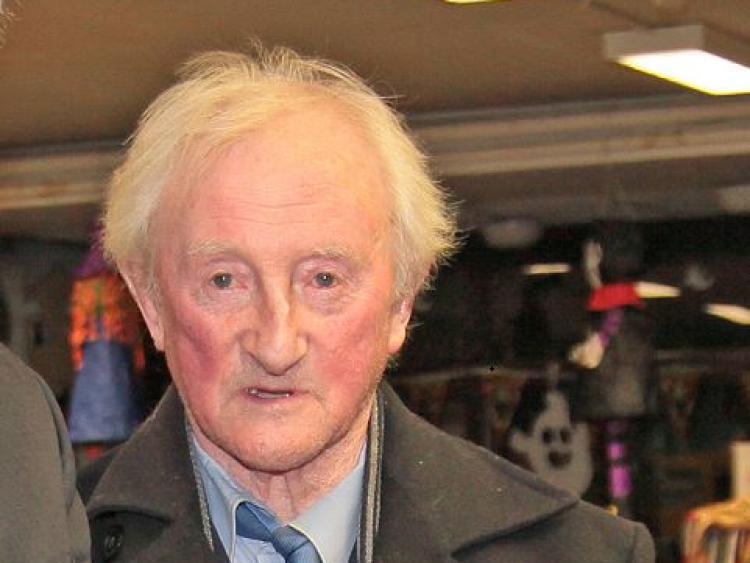 The late Eddie Brady from Ballinagh

The death of Eddie Brady, Ballinagh notes correspondent for the Longford Leader, marks the end of an era for this newspaper and sees the community of Ballinagh losing a true stalwart.

Eddie was the longest serving local notes correspondent for the Longford Leader and his weekly notes from Ballinagh were a fount of information; full of community news infused with local and national history as well as gems of information that would otherwise have been lost in the mists of time.

“He was the epitome of a gentleman,” former Longford Leader editor Eugene McGee said.

“You think that people like him will never die; he was just part of the fabric of the Longford Leader. He could have been a local notes correspondent in any part of Ireland. His notes not only contained facts but included items of his own contemplation and knowledge.”

Eddie’s comprehensive knowledge of local folklore and GAA history was renowned and many researchers found their way to his door over the years.

He had a breath-taking knowledge of the history of Cavan GAA and any conversation with Eddie could lead you back to the Polo Grounds, Croke Park, Breffni Park or indeed anywhere, as matches won and lost were recalled in intricate detail.

He was a dedicated member of the Cavan GAA County Board serving as Treasurer from 1976 to 1980 and PRO from 1981 to 1985. He also held numerous roles on the hurling and camogie boards over many years.

He did not just confine himself to sport though, he was renowned for his charitable works and his sense of community spirit.
He was a member of Cavan Chamber of Commerce since 1977 where he served as secretary from 1978 to 1981 and President from 1981 to 1986.

He was deeply involved in the organisation of the St Patrick’s Day parade in Cavan and played an important role in inviting marching bands from Northern Ireland to take part in the parade.

“That would have broken down a lot of barriers in a very nice way,” Ballinagh Fine Gael Councillor Winston Bennett said, explaining the significance of the gesture.

“They were well treated very well, very well looked after and they thought the world of Eddie.”

Eddie was also very involved in the local Tidy Towns and was honorary President of Cavan Tidy Towns. He was a champion for his own community of Ballinagh and was involved in many, many local committees.

“He was a mighty man for the community,” Cllr Bennett said, adding that the large crowds that turned out for his removal and Funeral Mass were testament to the esteem in which he was held.

Born in 1930, Eddie was a man of deep faith, a daily Mass goer and a very active member of his local Church. He was a volunteer in Knock for the visit of Pope Francis last year.

Predeceased by his wife Margaret, her death in 2012 was a terrible blow to him for they were truly best friends and constant companions.

His funeral took place on Saturday morning in St Felim’s Church in his beloved Ballinagh, with burial afterwards in the adjoining cemetery.

He is survived by his brothers in law, sisters in law, nieces, nephews, cousins, neighbours and friends to whom we extend our deepest sympathies.

Eddie Brady’s community and county is all the poorer for his passing and so too is the Longford Leader.

His many readers will lament the loss of his local notes where he brought life in Ballinagh and Cavan, both past and present, to the pages of this newspaper in his own unique, informative and eloquent way.