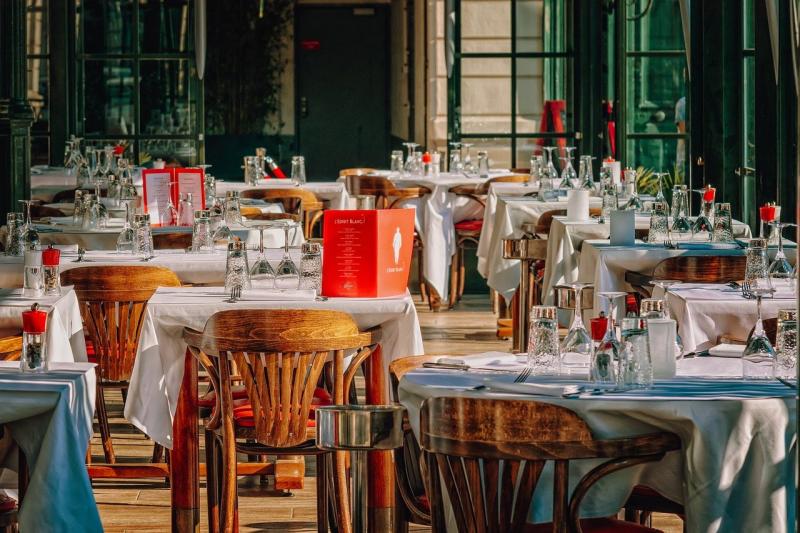 At the peak of the pandemic, government officials were quite happy to rely on hospitality professionals to feed the most vulnerable people in society.

Yet now, the same people are being told they can’t reopen their businesses for fear of spreading Covid-19.

Owner of Quay West restaurant in Donegal Town Jo Roarty was one of the founders and driving forces behind the ChefAid movement. Like others in the industry, she is devastated and utterly baffled by the government’s decision to push back reopening for indoor dining.

“It is the hospitality sector the length and breadth of the country that looked after the elderly and vulnerable in the community,” she said.

“The government was happy to let us do that when they weren’t organised themselves.

“And now they say we are not fit to run our own businesses.

“I would like a face-to-face with Stephen Donnelly and Leo Varadkar. Sit there and ask them to explain to the industry why you can sit in a hotel or a cinema but not a restaurant.

“I am not a conspiracy theorist but you have to wonder what is the logic behind it.”

When Ms Roarty and her fellow ChefAid volunteers stepped up to the challenge of getting a daily hot meal to people who were cocooning, her industry experience of good hygiene practices ensured that all meals were prepared and delivered in a safe manner.

So why are restaurants being singled out now?

Ms Roarty is at a loss to understand the logic of the decision.

“I can go to the cinema in Bundoran, I can watch a movie for two hours. I’ve done that and I felt quite safe there,” she said. “But I can’t sit in a restaurant for an hour and five minutes.

“And if they are that worried about the Delta variant, why did they raise the numbers for weddings?”

“This has already caused division between restaurants and hotels.

“Then they are saying that from July 19, only people who are vaccinated can eat indoors. That will cause more division.”

The Quay West proprietor is particularly infuriated by the delay in making an announcement which, it now seems, was inevitable.

“They knew a month ago,” she said.

“How dare they let us go on planning for July 5 reopening; interviewing people, offering them a job, young people who never had the opportunity to get a job last year. This year they were going to get a job, a bit of independence, pocket money.

“Don’t tell me it doesn’t affect the whole community. It does.

“Now we have to lay off people. I had to ring them and tell them I am not in a position to take you on.”

Ms Roarty said it really felt as if the government didn’t want them in business.

It feels like they don’t want us in business.
“It is great for hotels that can be open,” she said.

“But how are they letting them trade away and not the small independent businesses?

“I heard Stephen Donnelly saying he wanted to engage with hospitality. It is too late.”
The team at Quay West are now trying to salvage something from the season, and are preparing for outdoor dining.

“It wasn’t the way we wanted to go,” said Ms Roarty. “But we have to do something.”