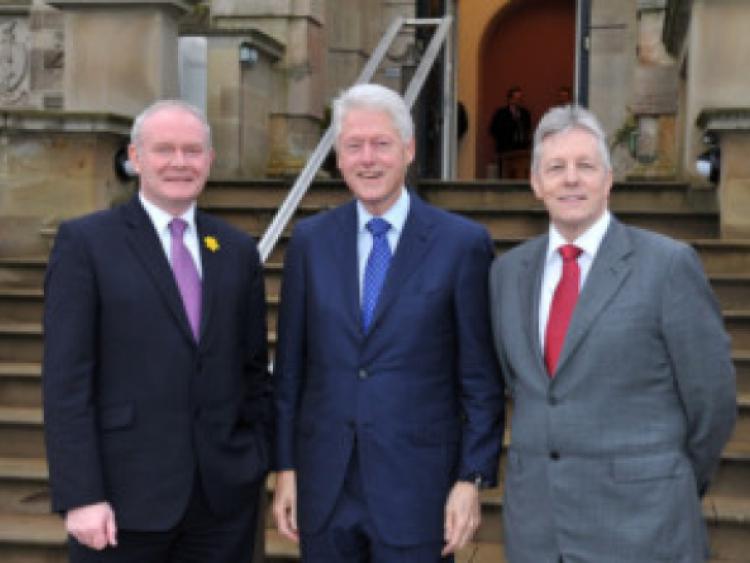 The bestowal of sainthood on two former Popes in a ceremony of pomp and splendour in Rome raises the question if this represents an outdated exercise in the politics of optics.

The bestowal of sainthood on two former Popes in a ceremony of pomp and splendour in Rome raises the question if this represents an outdated exercise in the politics of optics.

This was a grand affair in the true sense of the word, on every level, and for that very reason only, jarred with the senses, given the policy of humility Pope Francis advocated upon his appointment, and has practised in the conduct of his own life, public and private, despite the best attempts of the permanent government in the Vatican, the Curia, since his election.

One can only conclude that within the minefield of politics that informs and shapes everything that happens in Rome, the Curia still wields influence as yet beyond the full reach of even Francisâ€™ best intent.

Interesting too, to see Pope Benedict return to public view.

None of us would desire to question the reliability of criteria used to confer sainthood. Nobody should be criticised or belittled for believing in miracles. Many of us do.

However, the global public relations machinery brought to bear on such ceremonies, consciously presented with gilded pageantry and adornments, do make one wonder where humility features?

The practise of declaring sainthood on any human being, with such pomp and ceremony, has always seemed far removed from what the Christ of humility would have wished.

Maybe the true theologians have some insight unseen by the rest us.

The two Popes canonised were in different ways conveyors of great change. Yet, it seems oddly unbalanced that mostly, saints are high ranking members of the Church.

Have we never produced a single saint in Longford, for example?

Must a person belong to an organised church to really become a saint?

Could it be that in the eyes of the God of equality, love, hope, and charity, there are dozens of these lads and lassies (saints that is) whoâ€™ve appeared at fairs, carnivals, schools, football matches, shopping centres, farms, building sites, theatres, courts, and even perhaps the DÃ¡il, unbeknownst to the Church all along?! Could it be that the great munificence of St Peterâ€™s Square does not, after all, hold the exclusive franchise to deciding who deserves the honour?

At halftime in Drogheda Park on Thursday last, as the referee left the field he was joined by a Louth official, who walked along with him for several yards talking animatedly into his ear.

Of course I have no idea whatsoever what was being discussed, though in a game of very tough exchanges oneâ€™s instinctive concern about fairness and avoidance of influence kicks in, and one tends to conclude it must be about the contest in progress.

On the other hand, it could have been about the state of the country, or the chances of rain, or the state of affairs in Afghanistan - I have no idea.

Nonetheless, optics matter, and it did not look either reassuring, appropriate, or good.

Consequently, when in the second half Aiden McElligott sweeping through and bearing down on goal was blown up for allegedly fouling, although he was in possession, and a free out given, oneâ€™s paranoia certainly kicked in.

Even Louth followers were surprised. It made me wonder, unfairly perhaps, even more about what the halftime conversation between referee and Louth mentor was all about.

Weâ€™re all prone to the instinctive impulses of human nature.

Nonetheless Longford minors came through to record a great victory, watched by a healthy following from the visiting county, despite some very baffling decisions and non-decisions from the man on whistle. I guess games take on distorted view from the hill.

Fragile situation for the island of Ireland

Comments from Fianna FÃ¡il, and Fine Gael in recent days, give cause for grave concern.

Also from Labour, whose leader is Minister for Foreign Affairs.

The banal comments of some opportunists, whilst predictable and understandable, is very unwise.

The arrest of Gerry Adams, has potentially devastating consequences, and down here in the republic it would appear most politicians are as detached and uninformed as ever, in respect of the powder keg atmosphere that still gurgles beneath the surface of apparent normality.

On both republican and loyalist sides there are large sections agitating all the time to this day, in the hope that eventually the Peace Agreement will be destabilised.

One politician, who I believe is a decent man, remarked that â€œthis is not the RUCâ€; a silly soundbite that may have been well received in the parishes and counties of his followers, but resonates in an entirely different way north of the border.

The dogs in the street in Northern Ireland, and especially in the hotbeds of Belfast West and East, and Derry, know full well that many former RUC and RUC family members, are now part of the PSNI.

Nothing wrong with that, on the contrary it is a wonderful sign of conflict resolution, with the spirit of mutual goodwill that implies.

Already a vast array of previously waning memories have been dragged up by all sides.

It took only three days for questions to be asked about why the Chief Officer in command of troops in Derry on Bloody Sunday has never been arrested, or questioned?

And all the other horrid, savage, putrid acts which took place with such frightening frequency in the late 60â€™s, early 70â€™s, and long afterwards.

The murder of Jean McConville was a barbarous act. Yet, it is almost farcical to watch the questioning frenzy of the last few days, since the alleged name, of the alleged trigger puller, only 17 years old, has long been doing the rounds, and published.

Few in Southern Ireland realise the atmospherics, dynamic, and realities that pertained in Belfast in the early 70â€™s.

The awful truth is that if a Catholic was killed, whether by the troops or some maverick republican group of thugs, or loyalist group of thugs, the then RUC werenâ€™t too bothered.

Itâ€™s claimed no attempt was ever made to collect forensic evidence at the scene of Jean McConvilleâ€™s abduction, for example.

Thatâ€™s what Belfast, and the Divis Flats were like in those times. It was a cauldron of daily warzone proportions, and warzone actuality.

Does anyone seriously believe, that the Belfast Agreement was achieved without serious, consciously considered, fully informed compromise on all sides?

Great care should be exercised by local politicians of all sides, at this time.

It is a very fragile, dangerous situation, for the island of Ireland.