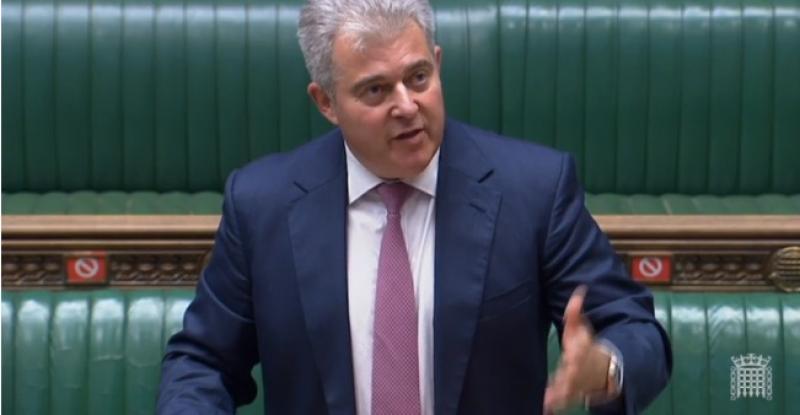 Many Derry families, both Protestant and Catholic, whose loved ones were killed throughout that period have criticised the proposals, alongside all political parties in NI.

Danny Toland’s father John was killed by the UFF while working in the Happy Landing Bar in Eglinton in November, 1976.

Speaking to the Derry News, he said his family was left ‘devastated’ by the announcement.

A civil case had been mounted through the courts which they fear will now come to an end.

A document published today by Secretary of State Brandon Lewis titled 'Addressing the Legacy of Northern Ireland's Past' does indicate that, as well as prosecutions, 'all current and future' inquests and civil cases will end.

Mr Toland said: “I rang my mother this morning and we’re just completely gutted that they are planning to have an amnesty for everybody.

“A killing is a killing no matter who is involved in it, if new evidence was to be presented then cases should be looked at again.

“People on all sides will be affected by this.

“I just don’t agree with it at all, I can’t get my head round it.

"My mother is 80 years of age and she was hoping for justice but she will possibly not see it now her lifetime, she's absolutely devastated this morning."

The Wave Trauma Centre, which has an office in Derry, is the largest cross community victims and survivors support group in Northern Ireland.

They wrote to the British Prime Minister saying: “If anyone in Downing Street or the Ministry of Defence or the Northern Ireland Office seriously thinks that an amnesty of this nature can form the foundation upon which reconciliation could be built then it shows how little they understand the nature of the pain and trauma which continues to be suffered by victims and survivors and their families.

“The majority of victims and survivors are only too aware that the chances of securing a conviction for crimes that are decades old are beyond remote.

“But to deny them even that possibility by perverting the criminal justice system cannot be right in a country that prides itself on adherence to the rule of law.”

Addressing the House of Commons today, Brandon Lewis said the process of dealing with the Troubles is not working and the focus on criminal investigations is unlikely to deliver justice but continues to divide communities.

The package announced by Mr Lewis includes a new independent body that would focus on the recovery of information relating to Troubles-related deaths and a major 'oral history' initiative.

As part of his proposals, Mr Lewis said a statute of limitations will apply ‘equally to all Troubles related incidents’.

“We know that the prospect of an end to criminal prosecutions will be difficult for some to accept and this is not a position we take lightly," he told the House of Commons.

“But we have come to the view that this is the best and only way to facilitate an effective information retrieval and provision process and the best way to help Northern Ireland move further along the road to reconciliation.

“It is a painful recognition of the very reality of where we are.”

He acknowledged it will be ‘extremely difficult’ for some families to accept.

And said that as part of this, the British Government will deliver on its commitments to veterans who served in NI, many of whom remain ‘fearful’ of being prosecuted, ‘even though the vast majority acted in accordance with the law’.

Shadow Secretary of State for NI, Louise Haigh, said that if reconciliation is the goal, then why is Mr Lewis and the British Government taking a ‘sledgehammer’ to promises made in the past.

Ministers have decided, she said, that the rule of law no longer applies.

Foyle MP Colum Eastwood spoke of the death of Derry man Patsy Gillespie who was ‘chained’ to the driver’s seat of a van and ordered to drive to the Coshquin checkpoint on the Derry-Donegal border.

“The IRA then remotely detonated that bomb killing Patsy and five soldiers,” he added.

He asked if Mr Lewis would visit Mr Gillespie’s widow, Kathleen, and why he wants to protect his killers from prosecution and investigation.

The SoS accused the SDLP leader of using emotive language for soundbites on social media and said using ‘someone’s harrowing experience and loss in that way says much about him’.

He added that he’d be happy to meet with any victim to explain what is achievable and why NI needs to move forward in a positive way.

Along with other conservative MPs, Prime Minister Boris Johnson repeated past comments about ‘vexatious’ prosecutions of elderly soldiers.