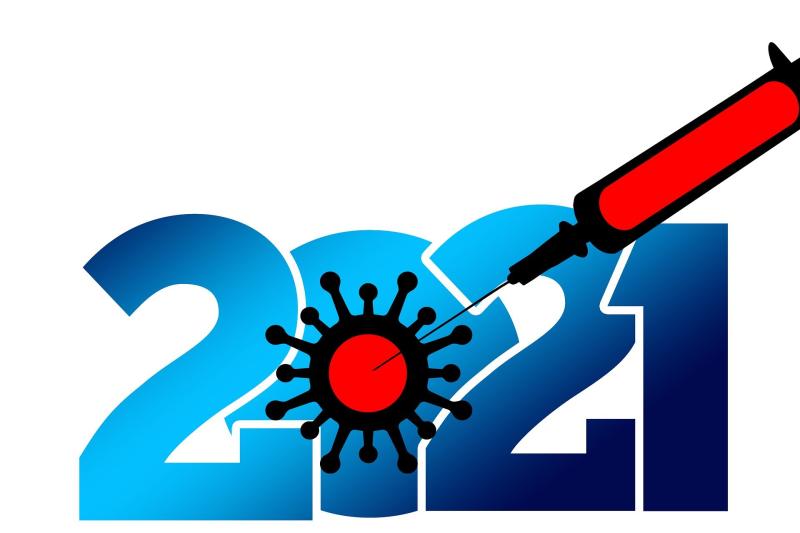 Image by Gerd Altmann from Pixabay

Old Moore’s Almanac is 257 years old and is famous for its predictions of future events.

Old Moore’s Almanac has the highest circulation of any Irish magazine with sales hovering around 47,000 copies. In 2020, it enjoyed unprecedented media coverage due to its pandemic prediction.

So, what predictions does it have for Ireland in 2021?

- Life slowly returns to normal and by late summer, we’re over the worst. Hugs, foreign travel, live music and standing at the bar in your local – it’s all coming back in 2021.
- Irish scientists make international news with a Covid-19 related breakthrough.
- Taoiseach Micheál Martin faces a leadership challenge.
- The country is divided when a celebrity is caught breaking lockdown.
- Housing is a huge issue once again.
- We’re all getting stuff delivered by drones.
- Drought likely in May or June as the country sizzles.
- An Irish bank is caught up in international fraud.

And in the wider world…

- Protests and violence on British streets as the impact of Brexit becomes clear.
- Trump becomes less relevant and spends the next few years desperately trying to avoid prison. Melania makes a break for freedom.
- Wedding bells for Taylor Swift and Paris Hilton.
- Pregnancy announcements from Lily Allen and Khloe Kardashian.
- Low vaccine uptake in Europe and the US threatens the pandemic recovery effort. Anti-vaccine protests are countered by opposing sides demanding mandatory vaccination.
- Light at the end of the tunnel for long-Covid sufferers as researchers make new discoveries.
- A train crash in Europe brings loss of life.
- Following the Scottish elections, Nicola Sturgeon seeks a referendum on independence, but her plans hit a stumbling block.
- A freak weather event in Italy.
- Winter 2021/2022 is a stormy one for Europe, with less snow than usual.
Tragic outcomes in Belarus as police and protesters clash.
- Macron battles to keep his head amid public anger in France.
- In Europe, forest fires are burning in an unusual place.
- A tense stand-off in the Baltic region, war is narrowly avoided.
- Xi Jinping faces trouble from within.
- An unfortunate accident in the South China Sea threatens the stability of the region.
- A government-sponsored kidnapping makes the news.
- World powers make fresh attempts to reach peace in Syria.
- Travel is about to get easier with earbuds that can translate foreign languages.
- Airships are making a comeback.
- Augmented reality and virtual reality go mainstream.
- Nostalgia is big in 2021 as we crave a return to simpler times.
- A big, corporate fraud scandal is revealed.
- Personalised shopping is coming – soon, we will customise our clothes as we order them.

Here are some of our favourite predictions from 2020 that the psychic got right:

- An unusual virus has us worried. (Plus, our psychic’s 2019 predictions included this warning: there is a risk of a viral pandemic in the second half of the year).
- More and more people will work from home.
- Trump will not serve a second term, but he doesn’t go quietly.
- The Democrats will nominate Joe Biden for the presidential race.
- A global recession is coming. (Both the IMF and OECD project a global recession for 2020 due to coronavirus shutdowns).
- Problems for 5G. Issues with the technology will generate an unexpected backlash. (Fears around the health effects of 5G were exploited by conspiracy theorists who linked Covid19 with the new tech. 5G towers were vandalised all over the world).
- Death of a Hollywood icon (Kirk Douglas died in February).
- Financial problems for Johnny Depp. (Depp owes millions after losing his libel case and will no longer star in ‘Fantastic Beasts’).
- A baby for Katy Perry and Orlando Bloom. Also, Princesses Meghan and Kate will announce pregnancies in 2020. (Perry gave birth to a girl in August. Meghan revealed her miscarriage).
- Brexit still dominating the political agenda in 2020 as the saga continues to trundle along.
- Irish election in 2020, the Greens will hold the key to power.
- Further scandal for Prince Andrew and the Royal Family. (In 2020, we learnt that the Prince faces legal proceedings over a £5m debt and his charitable trust made unlawful payments to a former trustee. Plus, his break from royal duties became permanent).
- A plane crash in Europe makes the headlines. (In January, Ukrainian flight PS752 was mistakenly shot down by the Iranian military, killing 176 people).
- A major earthquake causes loss of life. (A 7.0 magnitude quake hit Turkey & Greece in October, killing 118)
- Tensions in the Middle East reach breaking point. As Iran flexes its muscles, Trump makes a bad situation worse and other world powers step in to mediate. (In January, the US military killed Iranian general Qasem Soleimani. The killing was denounced by the UN and many US politicians. #WorldWar3 trended on twitter. Iran promised retaliation & European leaders urged caution, but Trump fuelled further controversy in his tweets following the attack).
- Trouble on the border between China and North Korea. (In January, North Korea closed its border with China. China warned its citizens to stay away from the border or risk being shot by North Korean guards).
- Problems with self-driving cars will surface. (In February, a U.S. investigation blamed Tesla’s autopilot for 2018’s fatal crash involving a self-driving car. In July, a Tesla on autopilot crashed into a police vehicle and an ambulance).
- An information war is coming, with fake video and audio so convincing we won’t know what to believe. Governments step up the fight against online hate speech and misinformation. (In September, Forbes reported a 20-fold increase in fake videos this year. News mentions of misinformation and disinformation increased dramatically. Facebook, Twitter and Google have joined a coalition of governments to fight misinformation around Covid vaccinations).
- No resolution in the trade war between US and China, plus a dispute between these two countries over financial markets. (Trump signed executive orders against a range of Chinese firms, including Tik Tok. The U.S. Congress passed legislation to delist Chinese companies from American stock exchanges unless they comply with U.S. accounting rules).

The 2021 edition includes psychic discussion about predicting the pandemic and what it’s like to have the gift of sight. Plus, thre is aninterview the Irish artist who created the world-famous Che Guevara poster.

Celtic heritage is coverered in two special features. The first of these recalls the ancient Irish Olympics while the second explores the marvellous stories told by our ancestors about their gods.

The spread of Irish dancing across the globe, the ancient art of dowsing, straw bale gardening and horoscopes for the year ahead.

On sale now at your local newsagent or https://oldmooresalmanac.com/