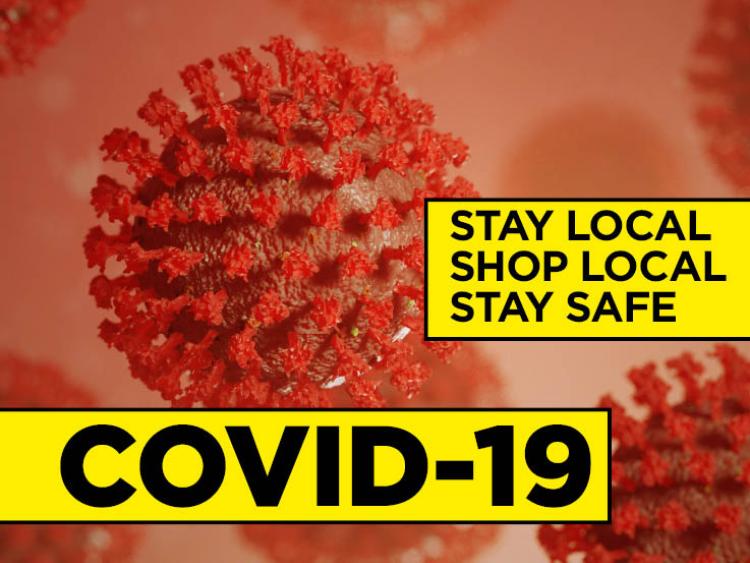 A record rise in the number of Covid-19 clusters was recorded over a 24 hour period week, according to figures official figures published by the Department of Health.

A warning from Dr Tony Holohan, Chief Medical Officer, last week about a worryingly rising trend in clusters has once again been borne out between June 28 and 29.

Also read: Dr Tony Holohan has announced this evening that he is taking time out from his work commitments to spend time with his family

In the 24 hour period, 258 new clusters were identified in Ireland a rise of 20%. A total of 1687 clusters have now been recorded in Ireland since they began to be recorded as restrictions were introduced.

Between March 16 and June 1, a total of 872 clusters were recorded by Irish health authorities. However, since the start of June Covid-19 clusters have nearly doubled by 815 or 93% to 1,687

The record daily rise follows a number of dramatic increase has been recorded in the past ten days. More than 200 clusters were identified in two days between June 20 and 23. Another sharp rise was recorded between June 26 and 27 with 90 new clusters recorded.

However, there have also been clusters in hospitals, workplaces and family homes.

The National Public Health Emergency Team has warned that the reproduction rate of the virus in Ireland has risen. 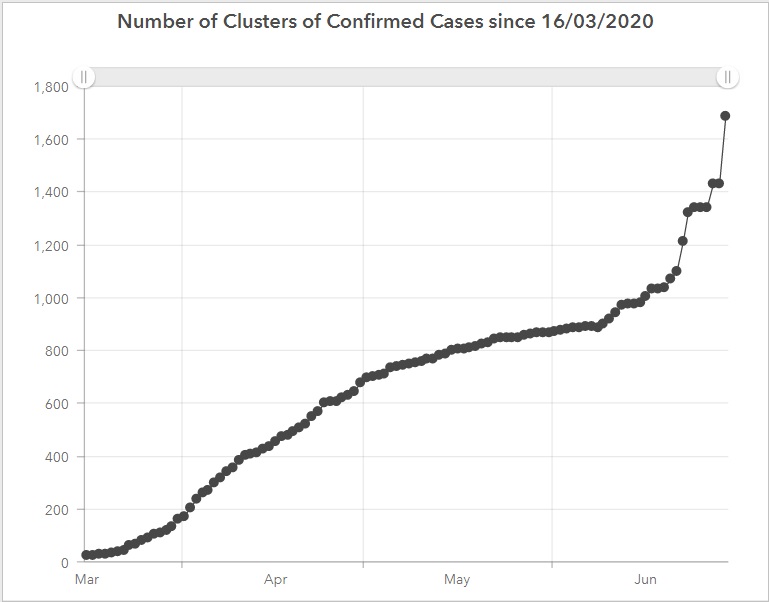 A confirmed cluster/outbreak involves contact with two or more cases of laboratory-confirmed COVID-19 infection regardless of symptom status. This includes cases with symptoms and cases who are asymptomatic.

A confirmed cluster can also be contacted with two or more cases of illness with symptoms consistent with COVID-19 infection, and at least one person is a confirmed case of COVID-19.

A suspected cluster/outbreak involves with two or more cases of illness with symptoms consistent with COVID-19 infection.

The figures are prepared by the Ordnance Survey Ireland, the All-Island Research Observatory, the Health Protection Surveillance Centre, the Health Service Executive, the Central Statistics Office and the Department of Health.

Know the symptoms of COVID-19. They are: