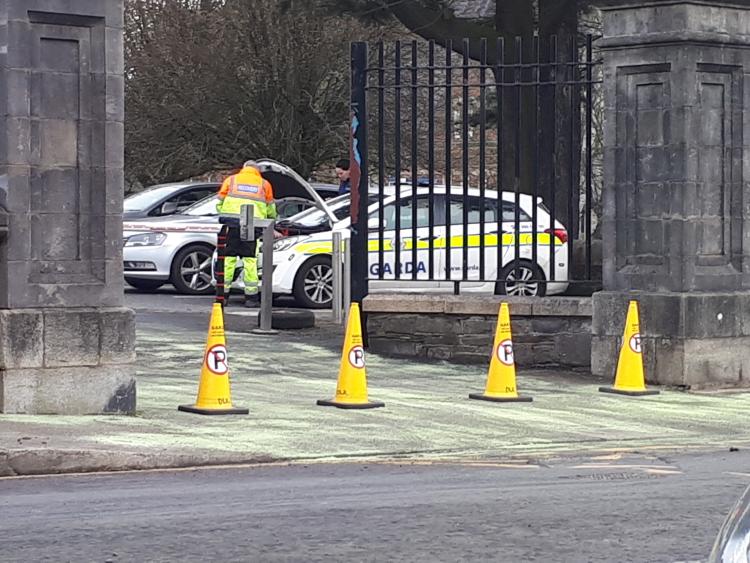 Gardaí this morning are continuing to investigate the theft of two ATMs from two banks on Clanbrassil Street in Dundalk that occurred on at approximately 3:15am.

Local Gardaí had observed plant machinery and other vehicles travelling in convoy in the area and responded immediately early this morning.

At the same time, to hinder a Garda response, two vehicles were set alight outside both entrances to Dundalk Garda Station.

A Volkswagen Amorak SUV and a 2014 registered Mercedes red saloon car left the scene with the two ATMs in a trailer.

The Garda Air Support helicopter and Garda Armed Support Unit attended the scene and coordinated with PSNI units in a cross border pursuit.

During the pursuit a trailer containing the intact ATMs was recovered close to Forkhill, Co. Armagh.

Three men, two aged in their 20s and one 50s, were subsequently arrested by our colleagues in the PSNI at a dwelling in the Crossmaglen area of Co. Armagh.

The scenes are currently preserved in the Dundalk area and investigations are ongoing.

Gardaí are appealing for anyone with information in relation to this investigation to contact them at Dundalk Garda Station on 042 2938 8400 or the Garda Confidential Line on 1800 666 111.