Met Éireann has the latest on the stormy wintry weather spell 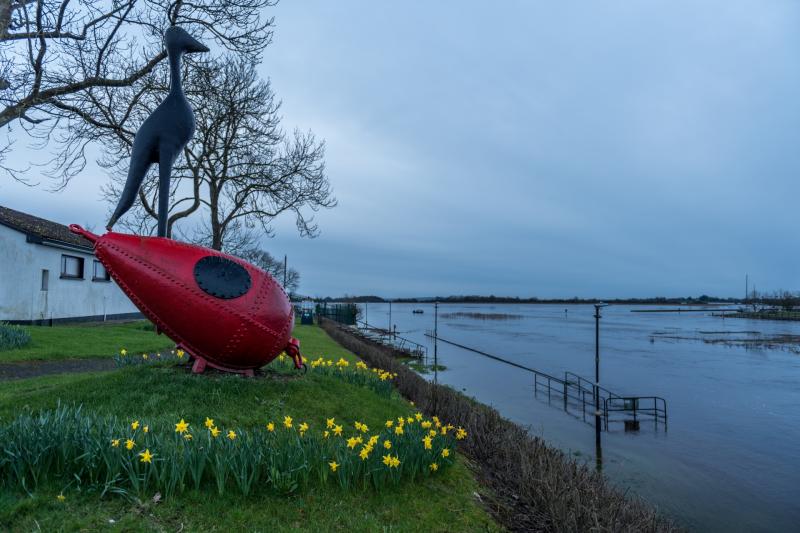 Heavy rain, sleet, hail and snow continue to feature in the Met Éireann weather forecast which says there are still no signs any significant easing up of a weather pattern that has lasted nearly three weeks and included two storms.

In its latest forecast outlook for the rest of the week and into the weekend Met Éireann says the current indications are for the weather to continue unsettled. It adds that the further outlook suggests continued unsettled conditions with cold, wet and windy weather at times. MORE BELOW TWEET.

A nationwide forecast and outlook covering the next week can be found here. https://t.co/9gKN6SVok4 pic.twitter.com/bufs8bIjlF

Wednesday night: Patchy rain and sleet, will extend eastwards over the southern half of the country tonight clearing most places before dawn. Further north, scattered wintry showers will continue for a time, before retreating to northwestern areas overnight. It will be a cold night countrywide, with lows ranging from minus 2 to plus 1 degrees, with frost and icy stretches. A few mist patches about also. Winds will be mainly light westerly or northwesterly, but increasing fresh to strong and gusty on northwestern coasts by morning.

THURSDAY 27TH FEBRUARY
Most places will be dry and bright tomorrow, with sunny spells. Scattered showers will however, continue to affect parts of the north and northwest of the country and some will be wintry. Top temperatures 5 to 8 degrees. Moderate or fresh west to northwest breezes will back southwest and ease by evening.

Thursday night will be mostly dry, clear and cold at first, with frost and icy patches returning soon after dark. The frost and ice should clear most parts as a relatively mild airmass pushes in off the Atlantic bringing increasing cloud and outbreaks of rain over much of the south and west of the country by morning. Minimum temperatures minus 1 to plus 2 degrees will occur early on in the night.

Friday will be a dull and wet day, with outbreaks of rain and drizzle extending countrywide during the morning and lasting on and off for much of the day, with occasional heavier bursts in the west and south. There is a chance that the rain will fall as sleet with hill snow for a time in the morning in parts of Ulster, but it will soon turn to rain. Noticeably milder that recent days with afternoon temperatures ranging 7 to 11 degrees generally, but colder in Ulster until later in the evening. Southeasterly winds veering south to southwest in the afternoon will be mostly moderate overland, but fresh to strong and gusty near coasts. Staying mild after dark with scattered outbreaks of rain and drizzle. The rain will turn heavy and persistent for a time overnight, before clearing eastwards towards morning, followed by clearer and much colder conditions. Southerly winds veering gusty southwest by morning. Lowest temperatures between zero and 3 degrees around sunrise.

Saturday looks to be a cold and blustery day with widespread showers and coastal gales. Many of showers comprised of a wintry mix of rain, hail, sleet and possibly snow. There is also a risk of thunder. Daytime temperatures of 3 to 6 degrees in gusty southwest winds. Clear spells and scattered wintry showers for Saturday night. South to southwest winds veering westerly overnight. Lows of 0 to 3 with a risk of frost and ice.

Bright spells and further wintry showers are likely on Sunday. Top temperatures of 4 to 7 degrees in gusty southwesterly winds.

Met Éireann says that the current indications for the further outlook suggest continued unsettled conditions with cold, wet and windy weather at times.

Also read: ‘I’d have to leave the country or I’d be shot’ says Longford man when asked where he got false licence