Dogs Trust ‘press paws’ on adoptions over the Christmas period

Christmas is not a good time to take on a new dog, especially a puppy 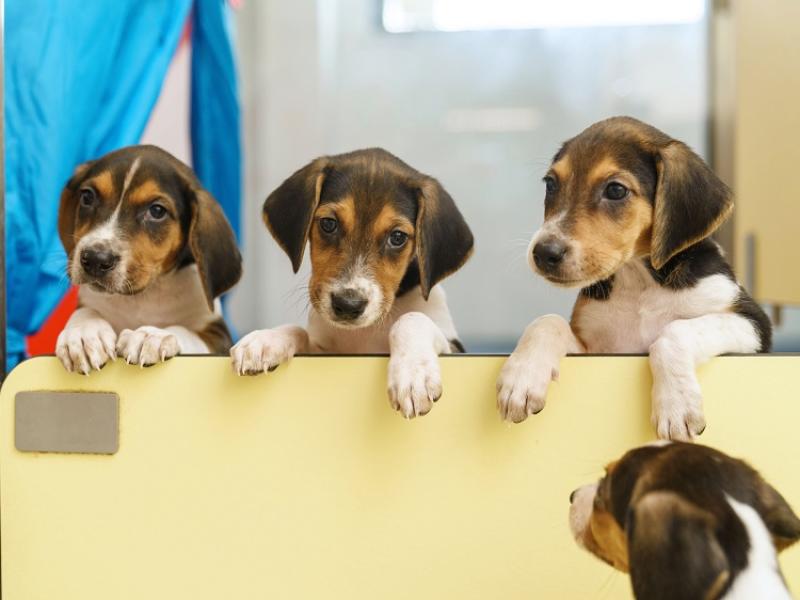 Dogs Trust ‘press paws’ on adoptions over the Christmas period

Dogs Trust, Ireland’s largest dog welfare charity, has announced that they will suspend the rehoming of dogs from their centre over the festive period to prevent people rushing out to get a dog for Christmas.

Christmas is not a good time to take on a new dog, especially a puppy.

It is critical that dogs are provided with basic training and positive socialisation experiences in those first few months to set them up for the best start in life. Many people, often with the very best intentions, are simply unable to provide this at a busy time like Christmas.

The last rehoming day will be December 16, 2019 and the charity will restart adoptions again on January 4, 2020. However, the centre in Finglas will remain open to the public during that time, so people can visit all the dogs looking for homes and start the rehoming process with a view to adopting in the New Year.

In addition, Dogs Trust will be pawsing their weekly Puppy Cam so viewers will have to wait until the new year to set eyes on the Charity’s adorable puppies.

Dogs Trust has received 2,135 calls and emails from members of the public this year* looking to surrender their dog, with 667 of those in the first three months of the year.

January continues to have the highest number of surrender requests each year, with 189 calls and a further 47 emails in 2019. The top reason given for people looking to give up their dog was that they didn’t have enough time to look after them anymore.

Speaking about the announcement, Executive Director at Dogs Trust, Becky Bristow said: “Dogs Trust coined the phrase ‘A dog is for life, not just for Christmas' over 40 years ago, and sadly it is still as relevant today as it was then. Each year we are saddened and worried by the number of people looking to relinquish their dog, especially in the first few months after Christmas. It’s no surprise that January continues to have the highest number of surrender requests and reinforces our need to go out with our message every year that ‘A dog is for life, not just for Christmas’. We hope that by spreading this message that it will remind people that a dog is a long-term commitment and will encourage people to wait and consider adding a dog to their family in the New Year instead, when the festivities have died down. We would encourage those who have made the decision to get a dog in the New Year, to consider adopting from your local rescue centre, local pound or Dogs Trust and give a rescue dog the best second chance in life.”

Becky added: “Unfortunately we receive a large number of surrender requests each day and with the limited space that we have in our rehoming centre, we are simply unable to help everyone. We prioritise taking in dogs from the Local Authority Pounds around Ireland as these dogs are at risk of being put to sleep. We also endeavour to take in vulnerable surrender dogs whenever possible.”

You can give the gift of life this Christmas by sponsoring a dog instead. You can save lives and give abandoned dogs the second chance that they deserve so much.

To find out more about how you can Sponsor A Dog visit: www.dogstrust.ie/sponsor