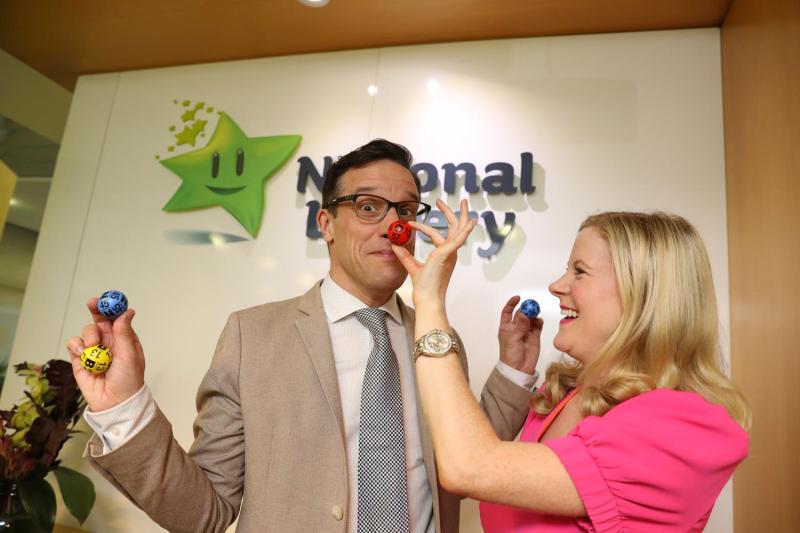 More than €230 million has been paid out to over 28 million winners in the Telly Bingo TV Gameshow over the last two decades, according to figures released by the National Lottery to mark the 20th anniversary of the first ever Telly Bingo show on RTÉ which aired on September 21, 1999.

To celebrate the 20th anniversary of the iconic Telly Bingo game, the National Lottery has also announced that an additional €20,000 will be added to the Snowball prize on Tuesday, September 24.

Telly Bingo gives players the chance to play Bingo in their own homes every Tuesday, Thursday and Friday at a cost of €2.50.

Telly Bingo which has been one of the National Lottery’s most iconic and much loved games for the past two decades has helped launch the careers of a number of top TV personalities including Mrs. Brown (AKA Brendan O’Carroll) and Liz Bonnin.

Liz Bonnin who is now a popular wildlife and natural history presenter for the BBC originally co-hosted the Telly Bingo show with Tom O'Brannagain who has also forged a successful TV career as a sports commentator with EHFTV in Europe.

Ireland’s most celebrated matriarch, Mrs Brown made one of her first ever TV appearances as a guest presenter of the Telly Bingo show in June 2002.

The current Telly Bingo presenter, Declan Buckley who has fronted the popular show since 2001 made his TV debut on the show as his alter ego Shirley Templebar.

He said: “The National Lottery were so far ahead of their time when they introduced Shirley Templebar as host of Telly Bingo way back in 2001. It was a bold and brave decision to introduce her to a TV gameshow, long before Panti Bliss became an icon for social change in Ireland. It was an incredibly exciting experience and one which I am very proud of. From the very beginning, our players really took to her and became an integral part of the show for over three years. Shortly afterwards however, I decided to present without Shirley. Shirley Templebar was great fun but honestly, I didn’t miss the two hours in the RTÉ make-up department before every single episode!”

Declan Buckley who now shares hosting duties on the show with RTÉ weather and Lotto presenter, Nuala Carey insists that despite having iconic presenters throughout the years, the show has always been solely about the players experience and bringing people together while playing the game:

“Telly Bingo isn’t about Shirley Templebar or whoever is presenting it. It’s all about the players enjoying the game with their family and friends, and hopefully winning a lot of money. I always hear stories from the players who tell me about the incredible social aspect that there is to the game where people will visit elderly family or relatives and sit with them and enjoy a game of Telly Bingo for 15 minutes. For me, that level of enjoyment and bringing people together is what the show is all about,” he added.